Pleasanton, CA: Ensaaf, a US based human rights group that has been documenting human rights abuses in Punjab, today released a documentary titled: A Light of Justice, Commemorating Jaswant Singh Khalra.

A still from documentary released by Ensaaf

A written statement released by Ensaaf reads as follows:

Today, on the 20th anniversary of the police abduction of human rights defender Jaswant Singh Khalra, Ensaaf released A Light of Justice: Commemorating Jaswant Singh Khalra. This 30-minute film contains interviews with Khalra’s family, as well as archival footage of Khalra when he was investigating secret cremations and disappearances in Punjab.

Through government records, Jaswant Singh Khalra demonstrated that security forces abducted, unlawfully killed, and secretly cremated thousands of Sikhs in Punjab from 1984 to 1995. A Light of Justice commemorates his courageous work on behalf of victim families.

Throughout his investigations, Punjab Police threatened Khalra with death. Despite the grave threats, Khalra unflinchingly challenged the government in the courts and public eye to answer for its heinous crimes, even inviting then Director General of Punjab Police KPS Gill to a public debate.

Rather than engage in debate, DGP Gill’s right hand man, Senior Superintendent of Police Ajit S. Sandhu, and a specially selected police force, abducted Khalra from his home on September 6, 1995. The police tortured and ultimately killed Khalra, and dumped his body in a canal.

Despite eyewitness testimony of Gill’s direct involvement in Khalra’s interrogation prior to Khalra being shot dead, and command responsibility for the murder, the Indian government has refused to investigate or prosecute Gill.

Khalra was the light that challenged the darkness of impunity. Ensaaf remains inspired by Jaswant Singh Khalra’s life and his family’s dedication to the cause of truth and justice, and is tremendously privileged to be a part of this movement.

Although impunity for gross human rights violations continues to grip Punjab and India, Jaswant Singh Khalra’s work and sacrifice galvanized the human rights community and inspired a new generation of human rights defenders. Prominent and novice lawyers alike came together and cooperated at the courts and National Human Rights Commission, to pursue not only Jaswant Singh Khalra’s murder case, but the disappearances and unlawful killings he brought to light. New field workers emerged who painstakingly and under difficult circumstances continued the arduous task of investigating and documenting the disappearances and extrajudicial executions in Punjab.

Twenty years after Khalra’s martyrdom, the architects of the widespread and systematic human rights abuses in Punjab remain free. The Indian government is no closer to bringing Gill and the other perpetrators to justice for organizing Khalra’s – and thousands of other innocent Sikhs’ – death. 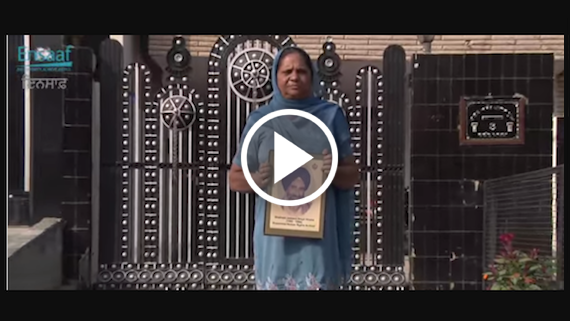