Europe: No screenings of Nanak Shah Fakir movie as Sikhs reject and oppose it

Germany: Film-maker Harinder Sikka’s claims regarding worldwide success of controversial movie Nanak Shah Fakir are now proved to be fake. Reports from across the globe suggest that the movie has been rejected and opposed by the global Sikh community, including the Sikh diaspora sections.

After reports of protests against the controversial movie in Slough and Birmingham cities of England, there are reports that the movie was not screened in any of the other countries of Europe. 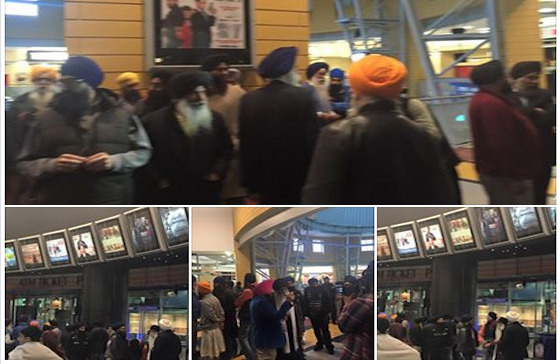 Sources from Germany told the Sikh Siyasat News (SSN) that the movie was not screened in any other country in Europe expect the England, where it faced very low turn out but strong protests.

It is notable that the movie was not screened in Canada in wake of opposition from the Canadian Sikh community.

Sources from Australia told SSN that the makers of Nanak Shah Fakir movie had made a last attempt to convince the Gurdwara Committees, Punjabi media sections and Sikh personalities on Thursday evening. As per information a special screening of the film was held on Thursday in Sydney but the screening failed to get any support for public screening of the movie in Australia.

The movie was not screened in Melbourne and Sydney. Reports from other parts of Australia are awaited.