London: The Luxembourg based European Court of Justice (ECJ) ruling that employers with justifiable rules on ‘dress neutrality’ can ban workers from wearing any political, philosophical or religious symbols at work is deeply disturbing, said Sikh Federation UK in a statement.

“We are less worried about this decision in a UK context. In the UK we are open-minded and appreciate and accept differences. We also have national laws and widely accepted behaviours that value freedom of expression, freedom of religion and provide protection against discrimination”, reads the statement.

Gurjeet Singh, National Press secretary of Sikh Federation UK, said: [a]s far as the 700,000 Sikhs in the UK are concerned we are protected not only as a separate religion, but as an ethnic or racial group. In 1983 Sikhs were successful in the Mandla v Lee case, involving a head teacher banning a Sikh student from wearing his turban to school. That case went all the way to the House of Lords and the Law Lords in a unanimous verdict recognised Sikhs as a separate ethnic group and protected from discrimination under the Race Relations Act 1976. 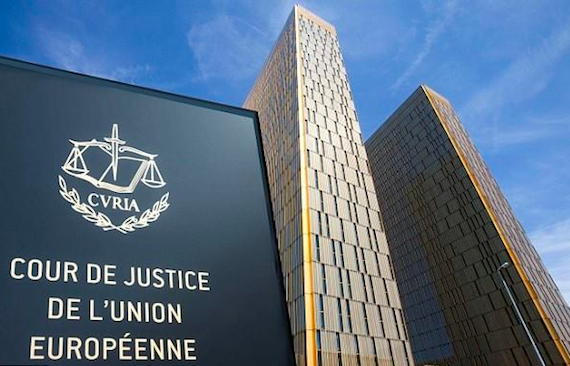 “In 2008 we helped a 14-year old Sikh girl win her case in the High Court on the right to wear her Kara, an iron bracelet, to a school in South Wales. Again she won her case on the basis of racial discrimination. Interestingly she did not win the case on the basis of religious discrimination. In theory there is no hierarchy of rights in the Equality Act 2010, but in practice the British courts have given a lower priority to religious discrimination than other protected characteristics”, said Sikh Federation UK leader.

Gurjeet Singh further said: [o]ur main worry is the situation in mainland Europe. There are probably 250,000-300,000 Sikhs in countries across mainland Europe, in countries like Italy, Spain, Portugal and Germany who are already vulnerable to widespread discrimination, especially when it comes to employment.

“We have witnessed difficulties in France, which is not just about the ban on the turban in schools that was imposed 13 years ago in 2004, but also about the turban being banned for any one seeking a public sector job, such as a teacher, doctor or nurse”, he added.

UK based Sikh group’s leader said that the ability of the large and well established Sikh community in the UK and the UK Government to directly influence the situation in countries in mainland Europe is now much diminished since the Brexit vote. We warned this would be the case before the vote on 23 June last year and that the minority Sikh community in mainland Europe would lose the voice of its strongest and most effective backer in Europe.

“The challenge with Sikh articles of faith is people often think of the turban, which can be worn by Sikh men and women. But as mentioned we have also had cases concerning the iron bracelet, the Kara. The Kirpan, a small sword worn by practising Sikhs is sometimes mentioned, but laws exist in the UK that recognise the Kirpan is not an offensive weapon and this has in general allowed the Kirpan to be successfully worn at work”.

“However, if you take this ruling to its logic conclusion one of the main articles of faith for a Sikh is the uncut hair – this is often why Sikhs have a turban. History has shown that Sikhs have been prepared to sacrifice their head than allow their hair to be cut. The Moghul rulers in the 17th century tried to suppress the right to wear the turban, but Sikhs refused to accept their authority and faced incalculable atrocities, but fought with great valour to maintain their right to keep their uncut hair and wear their turbans with pride. The ninth Guru of the Sikhs, Guru Tegh Bahadur Ji sacrificed his life in Delhi for the freedom of religion. The tenth Guru, Guru Gobind Singh Ji, created the visionary concept of the ‘Khalsa’ to re-establish the lost pride with a distinct Sikh identity”, said Gurjeet Singh.

Bhai Amrik Singh, the Chair of the Sikh Federation (UK) said: “This ruling strikes at the heart of practicing the Sikh faith. History has shown Sikhs have been prepared to make the ultimate sacrifice to defend the right to keep their uncut hair and associated turban.”

“Judges and politicians in mainland Europe should be ashamed they have so easily and quickly forgotten the 83,005 turban wearing Sikhs who lost their lives and the 109,045 who were wounded for the freedoms we enjoy today in Europe.”