Thirty-one years ago on this day four innocent Sikh young men were murdered by the Punjab police and Indian para-military forces while they were peacefully protesting against the desecration of Shri Guru Granth Sahib.

“The Guru Granth Sahib is truly unique among the world’s great scriptures. It is considered the Supreme Spiritual Authority and Head of the Sikh religion, rather than any living person. It is also the only scripture of it’s kind which not only contains the works of it’s own religious founders but also writings of people from other faiths. The living Guru of the Sikhs, the book is held in great reverence by Sikhs and treated with the utmost respect.”
The truth about Saka Nakodar

On the 4th February 1986, Sikh Student Federation (SSF) members and local Sikh community members gathered in city of Nakodar to collect the Saroops of Shri Guru Granth Sahib Ji which were desecrated and burnt in Shri Guru Arjan Dev Gurdwara, Nakodar on 2nd February 1986. The police opened fire at this unarmed and peaceful gathering of Sikhs. This unprovoked and unjustified violence by the police killed Bhai Ravinder Singh Littran, Bhai Baldhir Singh Ramgarh and Bhai Jhilman Singh Rajowal-Gorcian. The fourth victim, Bhai Harminder Singh Chaluper, was executed at point-blank range by the police inspector Jaskirat Chahal after being challenged by name while in a shelter. In the report written by, the International Human Rights Organization committee, Mr. Chaluper’s assassination is described as plain, unprovoked murder. 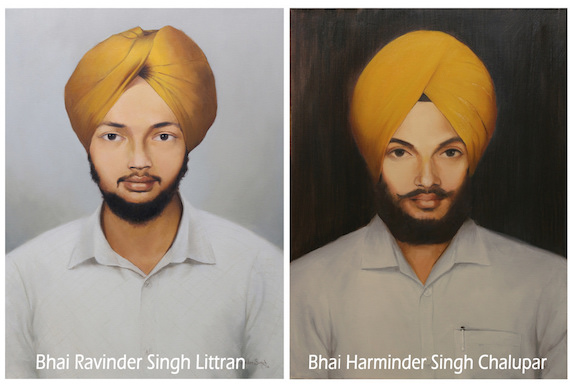 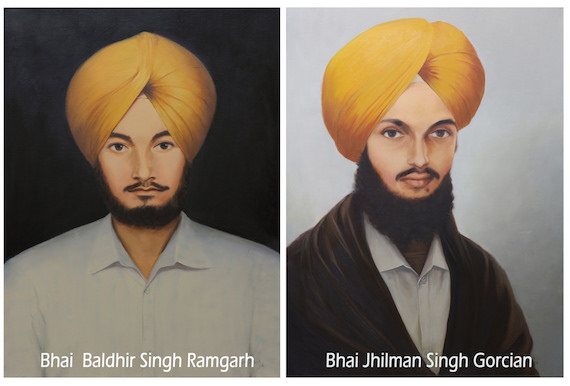 The Judicial inquiry report was never made public and the murderers were never brought to Justice:

The Punjab government has failed to table the Justice Gurnam Singh’s judicial inquiry report until today.

Those involved in the desecration of Shri Guru Granth Sahib or the police officers who gunned down the innocent Sikhs were never brought to justice.
It is a shame that former DGP Mohammed Izhar Alam, who was directly involved in these killings, is the leader of so called pro-Sikh ruling party, Shiromni Akali Dal (Badal), and his wife is a sitting Member of Legislative Assembly of Badal government.

On November 29, 2016, Mata Baldip Kaur and Bapu Baldev Singh, parents of Bhai Ravinder Singh Littran, gave a memorandum to SGPC Chief Prof. Kirpal Singh Badungar reminding him to fulfill his duty by having the portraits of the Sikh martyrs hung at Central Sikh Museum.