Russian Ambassador Nikolay Kudashev held a press conference last Friday. The press conference was held after the conclusion of the Raisina dialogue that was attended by foreign ministers, military officials and other high level government representatives and diplomats of various countries- including Russia and India. 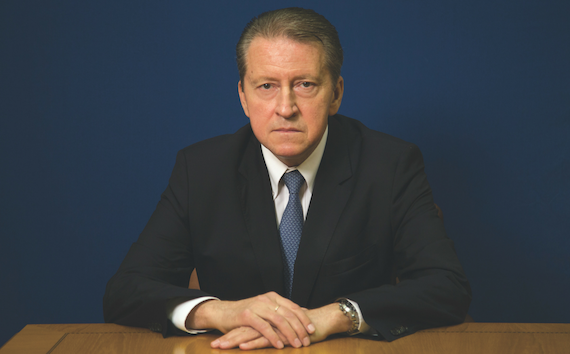 Nikolay Rishatovich Kudashev, Ambassador Of The Russian Federation To India

Here are some important excerpts from the press conference of Russian Ambassador Nikolay Kudashev. Excerpts are followed by some vital and noteworthy points:-

• “We are concerned and apprehensive. We are not in favour of the western design and western concept of Indo-Pacific strategy. They want to negate the dialogue culture in the region. They ignored the existence of Russia and China though Russia has one of longest shores facing the Pacific.”

• “As far as I understand, our concerns were taken into consideration and our dialogue on these issues (with India) is continuing”.

• “We need to deepen our mutual understanding of the events evolving in the Pacific ocean and Indian Ocean… Why should we introduce some competitive structure to divide the countries of the region rather than bringing them together”.

• Kudashev’s comments at a press conference came two days after Russian Foreign Minister Sergei Lavrov strongly criticised the US-led Indo-Pacific initiative in an address at the Raisina Dialogue on last Wednesday and calling it a “divisive approach” to disrupt existing regional structures and contain China.

• In November 2017, India, the US, Australia and Japan gave shape to the long-pending “Quad” coalition to work closely in the Indo-Pacific region. The move was seen as an attempt to contain China’s growing influence in the region.

• The US, Japan and Australia have also been pressing for a greater role by India in the Indo-Pacific region.

• The Indo-Pacific has been a major focus area of India’s foreign policy in the last few years and its strategy is pushing based on bringing peace and stability of the region.

• Last month, Indian Navy Chief Admiral Karambir Singh said the Quad does not have a military role at the moment.