Amritsar: The executive committee of the Shiromani Gurdwara Prabhandak Committee (SGPC) held an emergency meeting at Amritsar today and accepted the resignation of Giani Gurbachan Singh as SGPC appointed Jathedar of Akal Takht Sahib. The executive committee decided to appoint Giani Harpreet Singh as ‘acting jathedar’ of Akal Takht Sahib. His appointment comes as an additional charge for Giani Harpreet Singh as has he also works as SGPC appointed Jathedar of Takht Damdama Sahib, Talwandi Sabo. 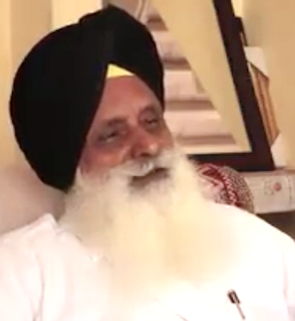 The only non-SAD (Badal) member in the SGPC executive committee, Amrik Singh Shahpur handed over a letter to the SGPC president Gobind Singh Lonogwal demanding that new Jathedar should be appointed only in consultation with Panthic bodies and rules and regulations for eligibility, appointment, service and retirement and removal of Jathedars should be framed. He said that permanent appointment to the post of Jathedar should be held only after such rules are framed. He also demanded that the jathedars should not get any security cover from the government so that they could connect with the Sikh sangat.

In his letter Amrik Singh Shahpur also referred to a directive issued by the then Akal Takht Jathedar Giani Joginder Singh Vedanti directing the SGPC to form rules and regulations for eligibility, appointment, service and retirement and removal of Jathedars.

Copy of the letter is being shared blow for the information of readers of the Sikh Siyasat News (SSN):

Copy of Directive issued by Giani Joginder Singh Vendanti and others on 29 March 2000 directing SGPC to form Rules and Regulations about the appointment and working etc of Jathedars: