While speaking to media persons after meeting CM Badal, Bhai Ranjit Singh Dhadraianwale said that the government should expose the key conspirator. 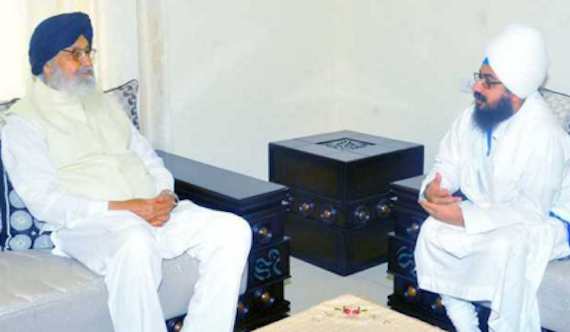 He said that the probe will not be complete till the arrest of the mastermind behind the attack. He also cautioned the CM that with each passing day, his followers are pressing him to launch a protest.

‘I told him (CM Badal) that you have identified the key conspirator, and everybody known about him, you need to expose him’, Dhadrianwale told media-persons.

He said that despite being victim of the attack he is maintaining peace and did not raised a protest slogan or burnt any effigy, and allowed the police investigations to go unaffected but on the other hand attackers are being greeted with shower of flowers and their supporters are raising slogans outside the court room.

He refuted the allegations that his men had fired first shot when his conclave was attacked on May 17 near Ludhiana. He said that the police can have their licensed firearms tested by forensic labs to find out that if those were used on that day or not.