Amritsar: While  extending its Eid mubarak to the Muslim World, the members of the Dal Khalsa paid glowing tributes to all those who had sacrificed their lives while struggling for noble and just cause. 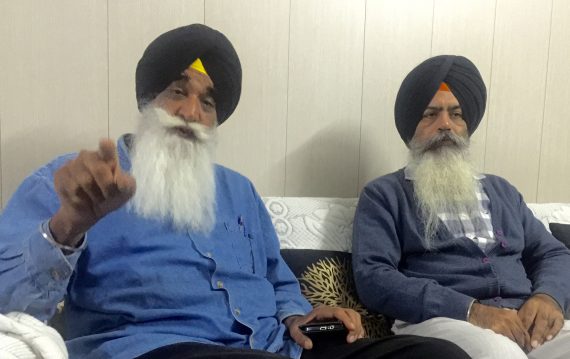 In a statement on the sacred occasion of Eid-ul-Adha, the festival of sacrifice, party president H S Cheema and spokesperson Kanwar Pal Singh extended their greetings to all fellow Muslims.

We are acutely aware of the situation in Kashmir, where the cycle of death continues to haunt its natives. We pray to the Almighty to ease the sufferings of Kashmiri people who are facing the ire of the Indian state because they have refused to bow before New Delhi’s tyrannical rule.

Instead of releasing the hundreds of imprisoned activists as goodwill gesture to mark the sacred occasion, the J&K government under the dictates of New Delhi has further detained Resistance leader Syed Ali Geelani, Mirwaiz Umar Farooq and Yasin Malik to prevent them from reaching out to the faithful.

The leaders of the pro-freedom Sikh party said by doing so the government has not only curbed the religious rights of likes of Geelani, Mirwaiz and Malik but has also attempted to make the struggling people “devoid of their leaders in order to demoralize them”.