Chandigarh: Not being able to act collectively, the Punjab Police has landed itself in a predicament, with one of its wing is recommending Moga SSP Raj Jit Singh for the state award ahead of Republic Day, while another wing accusing him of having links with drug smugglers. 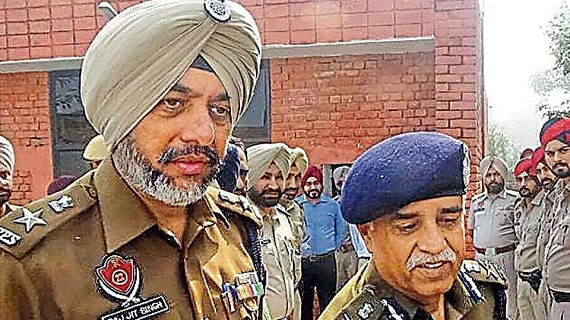 The recommendation for the state award was given for his role in purportedly solving the series of high profile murders that rocked the state. It is said that his recommendation came directly from DGP’s office, however it is said the DGP Suresh Arora himself was out of state to attend an all India DGP meet.

Usually, a committee of officials from the Home and Police Departments makes recommendations. The committee had listed six names, but a separate communication from the DGP office recommended SSP Raj Jit Singh’s name as well. The recommendation letter, however, did not have the approval of the DGP or the committee, media reports said.

Furthermore, it is reported by the media sources that the Home Department has returned the file to the DGP saying proper procedure was not followed. Sources said the DGP was unlikely to approve the recommendation as any official facing an inquiry could not be recommended for any award. They said a final decision was yet to be taken.

The SSP in question is reportedly under investigation over his alleged drug links by a committee of police officers monitored by the Punjab and Haryana High Court. His name figures in the investigation by the Special Task Force into the drug network of arrested Inspector Inderjit Singh. It was alleged that Inderjit was his favourite and was mostly posted in his district. Also, a retired DSP had given a statement before a judge linking the SSP with Inspector Inderjit, reports The Tribune (TT).