Fake Encounters In India Are Carried Out For Medals: Human Rights Activists

Guwahati: Following the sensational revelation by a serving CRPF Inspector General (IG) Rajnish Rai posted in the North East here on Tuesday in which he has stated that an encounter carried out by the joint squad of security forces comprising of Assam Police, CRP and the Sasatra Seema Bal (SSB) in the month of March in which two persons claiming to be NDFB (S) rebel by the security squad were killed in cold blood  was fake.

Reacting forthwith to this revelation about the aforesaid incident by a serving IG rank officer the rights activists said that a CRPF officer’s report seeking probe into an alleged fake encounter in Assam on March 30 has opened up a can of worms.

As reported by the media the human rights group while demanding a fair probe into the incident said the content of Rai’s report is true of many encounters in the northeast. 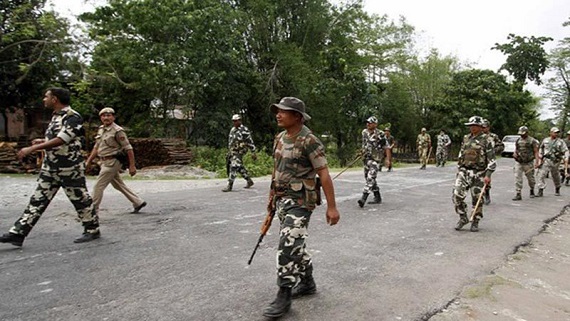 “The CRPF officer has just affirmed what the armed forces have been denying – that fake encounter happens. Last year in November, the security forces killed two teenagers on the border with Arunachal Pradesh claiming they were dreaded militants.” reads a quote from the statement of Jorhat-based rights activist Bondita Acharya, in an English vernacular.

Suhas Chakma of the Delhi based Asian Centre for Human Rights said Manipur and Assam accounted for 20.5% of 555 fake encounter cases across India between April 2009 and April 2013. A spokesperson of the army’s 4th Corps based in north-central Assam’s Tezpur declined to comment on Rajnish Rai’s report. “This is being taken up at a higher level,” he said while passing the buck on this matter, reports Hindustan Times (HT).

Furthermore, Rights activists said encounters are often staged in India by the officers in a bid to get medals or recommendations for themselves.

“I am not sure about the central forces, but a scan through the medals tally of the state police will reveal the number of medals is directly proportional to the number of encounters,” reads a statement of Imphal based rights activist Sobita Mangsatabam.