Firozepur, Punjab: A Punjab cop has reportedly been arrested for his alleged involvement in the drug trade. Head constable Sher Singh who was posted at Mamdot police station, was arrested on May 23 evening from cantonment bus stand following a tip-off. Information in this regard was released by Ferozepur SSP Hardyal Mann. 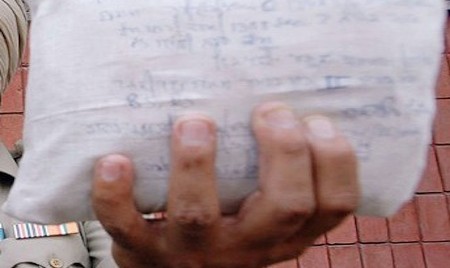 The accused allegedly used to supply heroin to his clients, said Hardyal Mann. He added that the the Anti-Narcotics Cell of the district police had arrested one Sukhwinder Singh alias Gogi few days back. During the course of interrogation Sukhwinder Gogi allegedly disclosed that he he purchased drugs from Head Constable Sher Singh.