Seville, Spain: The international basketball federation (FIBA) has decided to relax its ban on religious headcoverings in limited circumstances as part of a “trial period.” Sikh NGOs SALDEF and the Sikh Coalition have expressed concerns over the ruling saying that it falls short and leads to unequal playing field. US based NGOs have declared to follow-up with FIBA to understand exactly how the new rules will apply to Sikhs.

An update by SALDEF declares that it has already identified several major problems, as Religious exceptions still cannot be granted for international matches. Thus, Sikh athletes may still be forced to remove their turbans if they participate in matches outside of India. 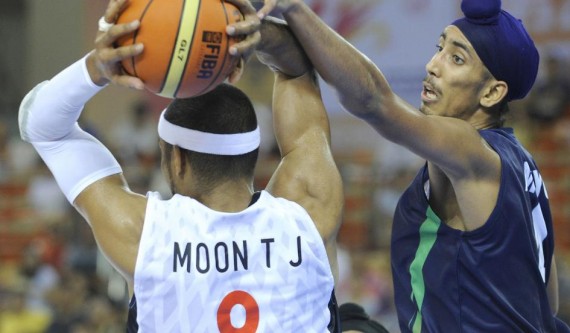 Moreover, FIBA will wait until 2015 to decide whether to allow religious exceptions for matches at the “lowest official international level.” Thus, it is not clear whether Sikh athletes would be allowed to wear turbans during championship games.

FIBA is yet to decide whether to implement permanent changes to its religious accommodation policy in 2016. Thus, after FIBA completes its two-year “trial period,” it still reserves the right to ban religious headcoverings.

“FIBA has taken a step towards change, but this policy alteration will continue to lead to an unequal playing field,” said Jasjit Singh, executive director of the Sikh American Legal Defense and Education Fund (SALDEF).

“We hope that FIBA will soon recognize Sikhs, Muslims and Orthodox Jews can freely play with their respective articles of faith, without process or paperwork, and beyond their home countries, and ask all to join us as we tell FIBA to let Sikhs play freely”, he added.