Moga: Pro-freedom group of the Sikhs Dal Khalsa’s chief Advocate Harpal Singh Cheema met UK citizen Jagtar Singh Johal and other accused in the court premises of Baghapurana today.  All of them have been arrested in the cases pertaining to murders of political persons in the recent times. 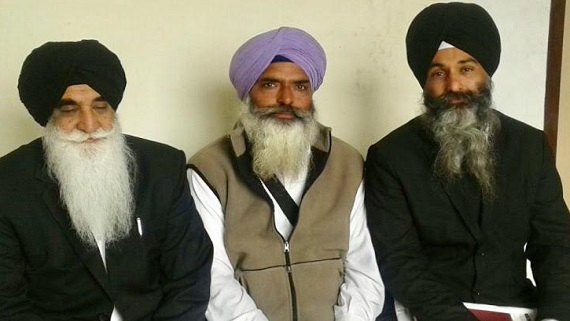 While interacting with the mediapersons present in the court premises Dal Khalsa chief said that for the first time the government itself has admitted that these killings were political in nature. He said the arrested persons had no personal enmity with the killed persons.

Furthermore, Harpal Singh Cheema said that the Indian state had crushed the Sikh struggle for independence with its brute might, but unfortunately the govt has always portrayed the political struggle of Sikhs as law and order problem and that has led to loss of lives on both sides. He said till New Delhi finds political solution to Punjab conflict, the cycle of violence may not end in this region.

Our  group stands for non-violent struggle to achieve their mission through right to self determination and that they weren’t justifying any killings. Our statement should not be misconstrued, misinterpreted  and misunderstood, he further added to his statement.