Jalandhar: An FIR was registered against Congress Shahkot candidate Hardev Singh Laddi Sherowalia on May 4 morning for alleged involvement in illegal mining.

The case has been registered at Mehatpur police station falling under Jalandhar rural police.

The development has come as a major setback for the party that announced his candidature on Thursday overlooking several complaints of the sort against him. 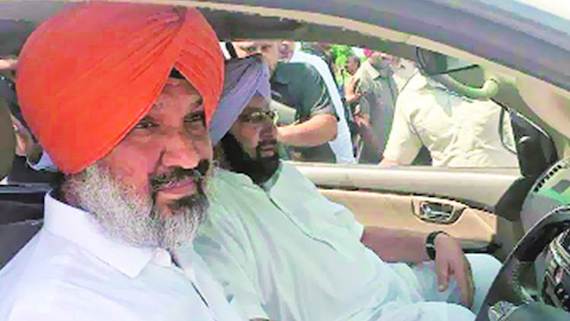 Laddi along with contractor Surjeet Singh, Ashwinder Singh of Malsian and mining authorities have been booked under the Section 21 of the Mines and Minerals (Development and Regulation) Act and the Section 379 of the IPC.

Reacting to registration of FIR Hardev Singh Laddi Sherowalia said that the new SHO who got posted here two days back is working at the behest of Badals.

He said SHO who has registered FIR against is being pressurised by police and political leadership of Congress party to withdraw the FIR. He maintained that SHO Parminder Singh Bajwa has sent resignation to SSP Gurpreet Singh Bullar. He sought judicial inquiry in the FIR issue saying that the Punjab police lacks capacity to hold independent probe in this matter due to political reasons.