Chandigarh: A ‘Five Member Committee’ appointed by Bhai Jagtar Singh Hawara has announced to hold two protest demonstrations outside two jails in Chandigarh and Punjab for three hours each. 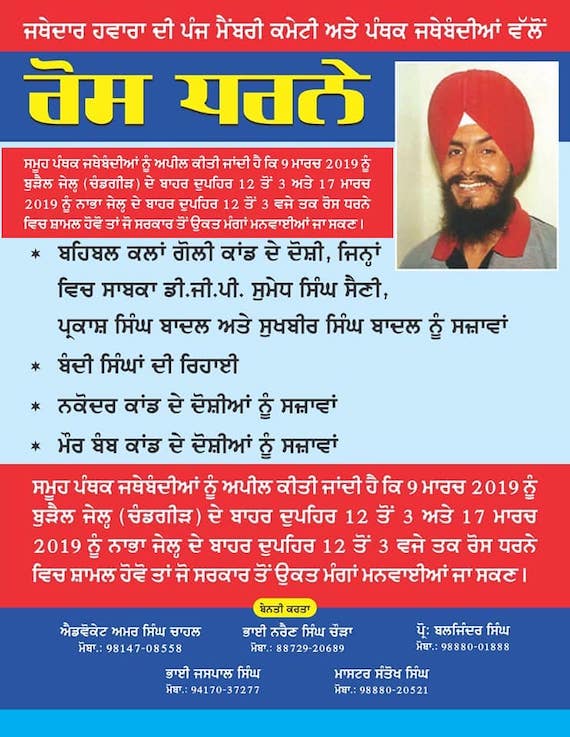 The committee comprising Advo. Amar Singh Chahal, S. Narien Singh Chaura, Prof. Baljinder Singh, S. Jaspal Singh and Master Santokh Singh has requested ‘Panthic’ organisations to take part in these demonstrations to be held from 12 to 3 pm on aforesaid days ‘so as to get the demands of the demonstrations fulfilled from the government’.