Chandigarh: As per the media reports a special CBI court formed to investigate Rs 950 crores fodder scam against former Bihar Chief Minister and chief of Rashtriya Janata Dal (RJD) Lalu Prasad Yadav, on Saturday handed a jail term of 3.5 years and imposed a fine of Rs 5 lakhs. All the other convicts in this case are awarded same quantum of sentence and fine. 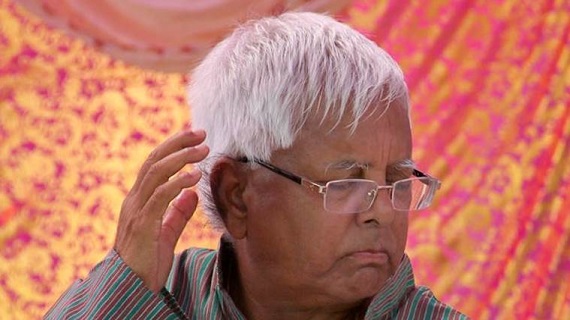 A total of six cases related to the scam, were being probed by the investigation authorities. Today’s hearing on the quantum of sentence pertains to the fraudulent withdrawal of Rs 89.27 lakh from Deoghar Treasury when Lalu Yadav was the CM of Bihar between 1991 and 1994.

He was convicted by the court on December 23, 2017, and has been lodged in Birsa Munda prison since then. The court had found his predecessor and former CM of Bihar Jagannath Mishra not guilty and acquitted him of all charges.

Furthermore, in the wake of court’s ruling and pronouncement of sentence against Lalu Prasad Yadav senior members of the RJD are expected to meet today to discuss the party’s strategy and the “emerging political situation.” The meeting will reportedly be chaired by former Bihar CM and Lalu’s wife Rabri Devi.

While quoting party’s state president Ramchandra Purve, it is reported by the media sources that, Tejashwi Yadav, Leader of Opposition and Lalu’s son, is likely to become the party’s CM face for the 2020 Assembly post.

In the first fodder scam case, Lalu was sentenced to five years in jail. Due to his conviction, he was debarred from contesting elections for 11 years, reports Indian Express (IE).