Amritsar: In a press note released by the Punjab Congress here today the state Congress president Captain Amarinder Singh has welcomed into the party fold  former AAP leader, Dr. Daljit Singh, with the confidence that his entry into the party would give it a strong boost in the golden city of Punjab. 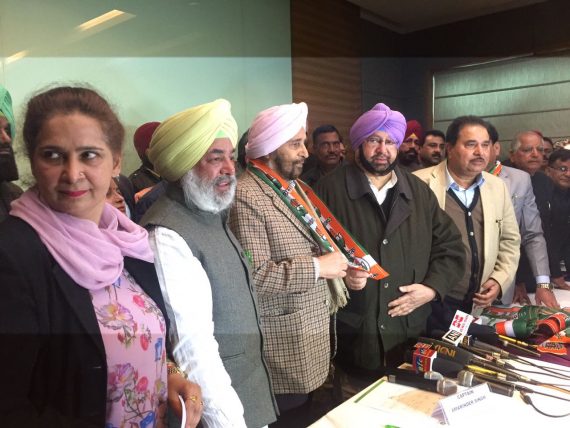 Claiming Dr. Singh as a prominent citizen and eye surgeon, Captain Amarinder Singh stated he had come to Amritsar specially to welcome into the Punjab Congress, which would be further strengthened with his entry.

Captain Amarinder Singh told the  media persons that Punjab did not want Arvind Kejriwal, who is  an anarchist, to come and disturb its peace. He further alleged that Arvind Kejriwal had been running an NGO in Delhi, which was funded by Ford Foundation which in turn received funds from the CIA.