Amritsar: Former Panj Pyare of Akal Takht Sahib today opened an office in Amritsar in the presence of representatives of various Sikh organisations. It is notable that Bhai Satnam Singh Khanda, Bhai Satnam Singh, Bhai Major Singh, Bhai Mangal Singh and Bhai Tarlochan Singh had taken initiative to act against Giani Gurbachan Singh and other Jatehdars who had granted pardon to the Dera Sauda Sirsa chief Gurmeet Ram Rahim. They were however ‘expelled’ by the SGPC. 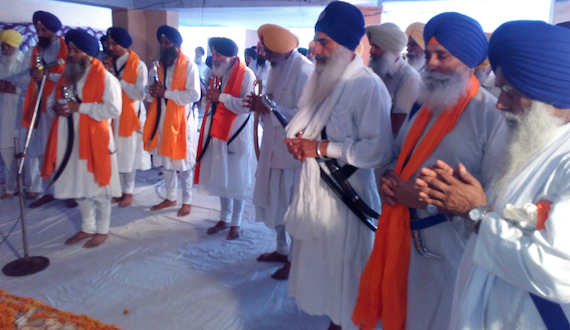 While sharing their views during the Samgam various speakers praised the efforts of Bhai Satnam Singh Khanda and his companions.

Bhai Satnam Singh said that that they would keep serving the panth and holding the Amritsar Sanchar.