Shillong: According to Rajya Sabha TV (RSTV) former President of India APJ Abdul Kalam passed away this evening. Abdul Kalam was on Monday admitted to a hospital in Shillong following sudden illness.

Abdul Kalam (84) took ill at a function in Shillong and was rushed to the hospital, M Kharkrang, SP Khasi Hills, said. 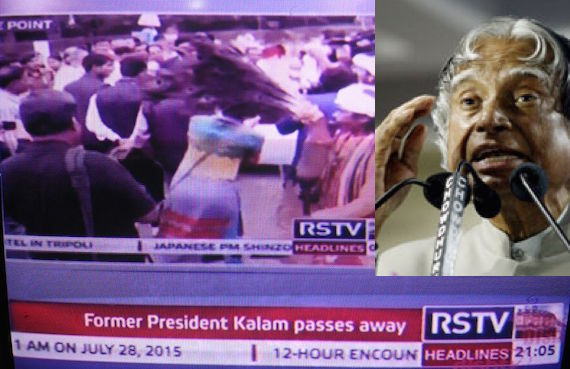 The former President collapsed during a lecture at the Indian Institute of Management in Shillong at around 6.30 pm and was taken to the hospital. TV reports are saying that Kalam suffered a massive cardiac arrest at the function at IIM Shillong.

According to reports, Kalam’s condition is critical. He has been admitted to the ICU at the hospital.
Meghalaya Governor V Shanmughanathan and Chief Secretary PBO Warjri visited Bethany hospital where Kalam has been admitted.