As per certain media reports Harkirat shot himself in the head at their family home located in Chandigarh’s sector 5. 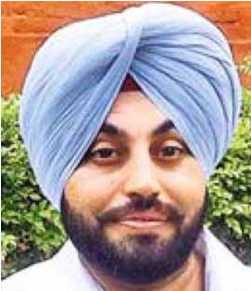 According to an update on AjitJalandhar.Com, website of Punjabi vernacular Rozana Ajit, Harkirat’s condition is stated to be extremely critical.

According to India.Com [t]he injury due to gunshot is likely to prove to be fatal.

UPDATE: According to an update on AjitJalandhar.Com, Harkirat Kotali died at PGIMER.

Punjab Police has reached his home to ascertain the claims of suicide made by his family. No foul play is suspected because it was widely known that Harkirat was battling with depression, and would had taken the extreme step on not being able to handle the mental stress.

Harkirat was an active politician, belonging to Indian National Congress. He was elected as the sarpanch of Kotli village falling in Ludhiana district. His brother Gurkeerat Kotali, an MLA representing the Congress from Khanna constituency.