Patna, Bihar: Death toll in two high-intensity earthquakes and 27 aftershocks that rattled Bihar has risen to 17.

“Till now, 17 deaths have been confirmed due to the earthquake, while 77 persons have been hospitalised with injuries. More information is still coming to us,” Bihar Disaster Management Department (DMD) Officer on Special Duty (OSD) Vipin Kumar Rai reportedly told a news agency.

As per media reports Patna and East Champaran are the worst affected districts with three deaths each. 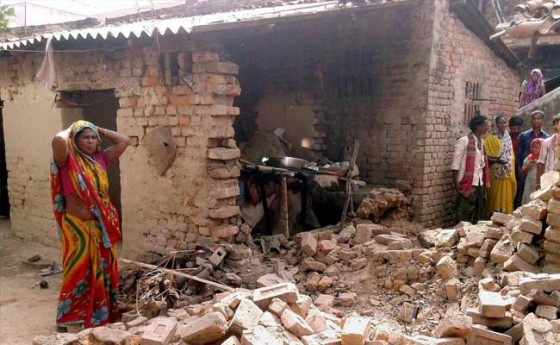 Two persons each died in Madhepura, Purnia and Darbhanga districts, while one each lost their lives in Sitamarhi, Vaishali, Siwan, Khagaria, Sheikhpura districts, the official said.

The maximum number of seriously injured persons was in East Champaran district, where over 25 persons suffered injuries from incidents of roof and wall collapse and while trying to escape from the buildings, he said.

“There have been reports of damage to several buildings.

“Of the 29 quakes, the highest was of 7.3 magnitude, followed by those of 6.3 and 5.1 magnitude. The rest were of intensities lower than these three,” Mandal said.

Altogether, 58 persons had died in Bihar in the 7.9 intensity Nepal earthquake, which had hit the state on April 25.

There are reports that earthquakes have also hit Nepal and Japan.