London: Federation of Sikh Organizations (UK) has announced to hold a probe into an incident of clash inside Guru Nanak Gurdwara, High Street, Smethwick in Birmingham. In a written press release, FSO leaders said that the incident was excessively highlighted by (alleged) “anti-Sikh lobby” and the Indian government agencies.

While condemning the incident in strong words, FSO leaders- including co-ordinator Bhai Kuldeep Singh Chehru, Loveshinder Singh Dallewal and Joga Singh said that the FSO has urged both sides to refrain from making any statements about the incident on social media or to the press and the electronic media. 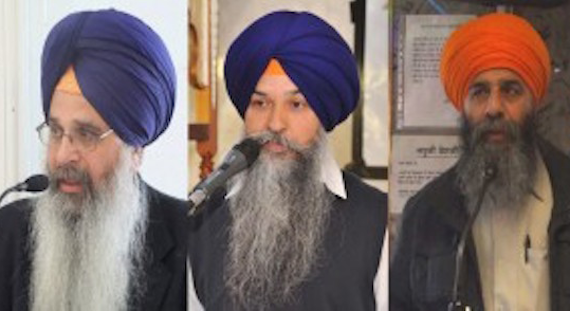 FSO leaders said that the constitution of the Gurdwara Sahib requires a persons to support the cause of Khalistan in order to become a member of the governing council (management committee) of the Gurdwara Sahib. FSO leader maintained that the Indian agencies often make attempts to take over control of this “Panthic stage” through their agents.

FSO leaders said that many facts related to the incident of clash were unclear and the FSO probe aims at bringing the truth into the light.