London: Tens of Thousands of members of the Sikh community on Sunday (June 2) gathered in London to mark the 35th anniversary of the Teeja Ghallughara.

The march and rally were part of an international network of events organised to commemorate the anniversary of Teeja Ghallughara – Indian Army’s attack on Darbar Sahib and other Sikh Gurdwaras in Punjab and adjoining states in June 1984. 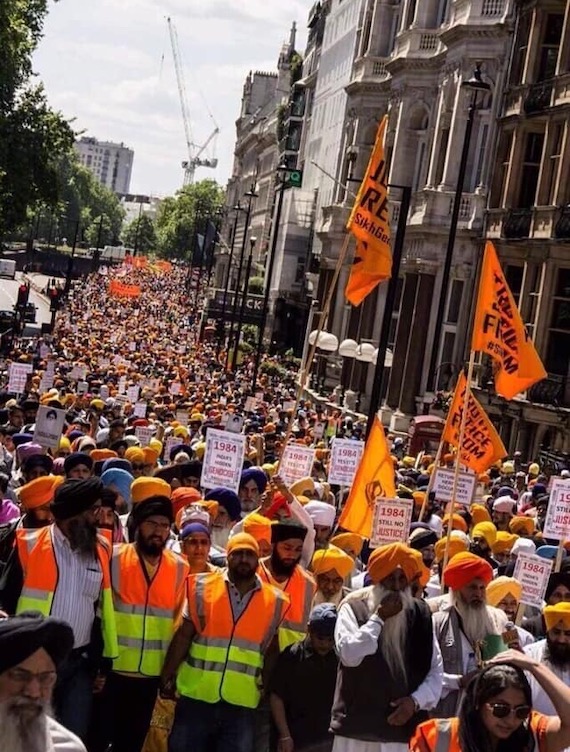 A view of the remembrance march

During the event the representatives of Sikh activists groups shared information about progress with an independent public inquiry into the British Government involvement June 1984 attack in the run-up to the massacre and anti-Sikh measures against UK Sikhs at the request of the Indian authorities. 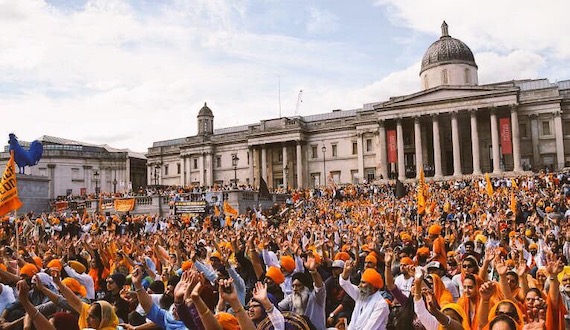 A view of gathering during the freedom rally

The push for an independent public inquiry follows publication of classified documents under the 30-year rule in January 2014 that showed the Indian authorities sought British advice and assistance prior to the attack. The Heywood review immediately commissioned by then Prime Minister David Cameron is widely recognised as limited in scope and a whitewash.

The Sikh Federation (UK) has also published the highly acclaimed Sacrificing Sikhs report setting out the need for an investigation. Following a three-and-a-half-year legal battle a tribunal unanimously ruled in June 2018 against the Cabinet Office. Judge Shanks having heard arguments from Foreign Office officials, often in secret session acknowledged in his judgement the limitations of the Heywood review, the speed with which it was carried out and the limited time period of the files that were looked at.

The UK Government decisively lost the arguments on public interest in the tribunal and not surprisingly failed to appeal against the judgement. However, last July when only 40 pages were released from three Cabinet Office files relating to India covering the 1984 period without any mention whatsoever of the 1984 Sikh Genocide it was clear to all concerned that a judge-led public inquiry that would have complete access to secret papers was the only way to get to the truth.