Birmingham: Sikh diaspora in UK will be remembering Ghallughara June 1984 (attack by Indian army on Darbar Sahib, Amritsar and other Sikh Gurdwaras) in a series of events.

Like previous years, Federation of Sikh Organisations (FSO) will be holding a remembrance march and freedom rally in London. This year the event will be held on June 2. 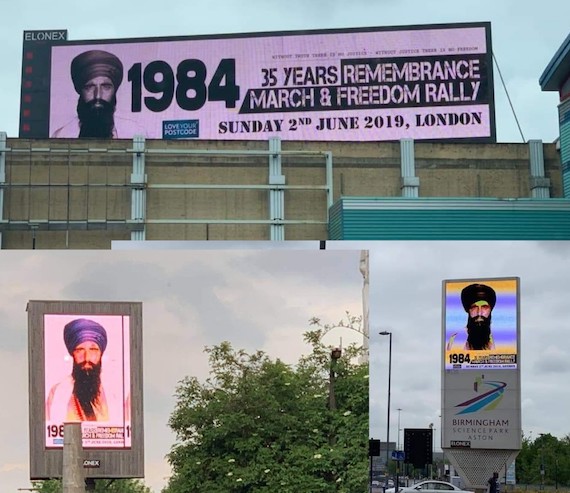 In a press brief released in Gurmukhi/Punjabi (copy available with Sikh Siyasat News), FSO said that digital boards have been placed in Birmingham informing the details of 35th Remembrance March and Freedom Rally. The boards also carry a picture of Sant Jarnail Singh Khalsa Bhindranwale, who had led the Sikh fighters in defending the Darbar Sahib complex during Indian army’ invasion. 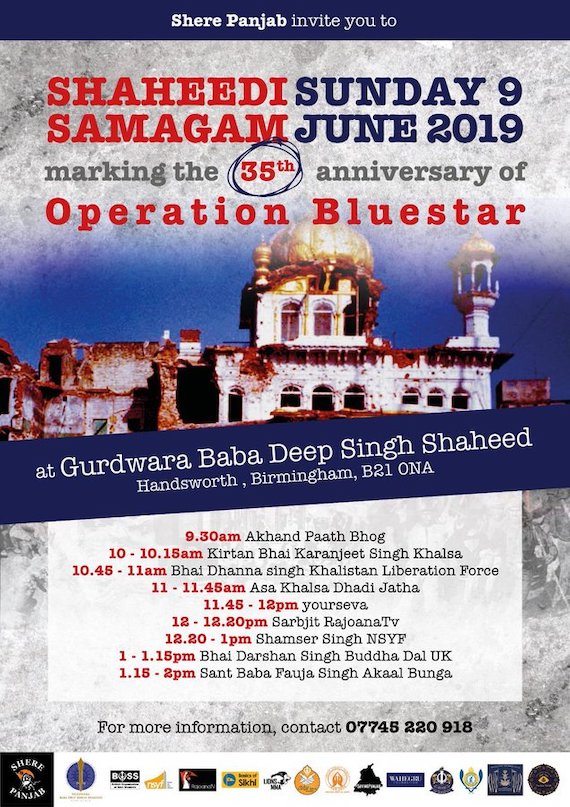 A poster of 9 June event

As per information a Shaheedi Samagam will be held at Gurdwara Baba Deep Singh Shaheed, Handsworth, Brimingham on June 9. A poster of the event carries names of a number of activist groups.