Amritsar Sahib: Putting full-stop on speculations the SGPC backed Jathedar Giani Gurbachan Singh stated yesterday that he will not be participating in the upcoming event sponsored by ‘pro-hindutva’ organisation Rashtriya Swayamsewak Sangh (RSS) in New Delhi on 25th October 2017. The RSS is organising the program under the banner of Rashtriya Sikh Sangat – a ‘pseudo’ Sikh outfit and an offshoot of the RSS.

In a written statement issued through in secretary Giani Gurbachan Singh clarified state that the edict issued by Shri Akal Takhat Sahib in 2004 against Rashtriya Sikh Sangat is still in force. He asked the Sikh Sangat not to co-operate in form with this anti-Panthic organisation. 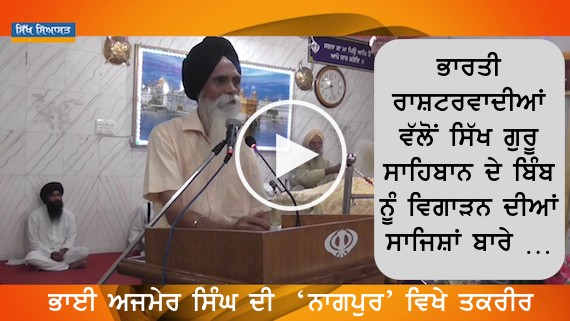 Interestingly, the press note however does not find any mention of whether or not Takhat Patna Sahib Jathedar Giani Iqbal Singh will be attending the event or not.