Give at least a week’s notice to Bhai Mohkam Singh before arrest: High Court to Punjab Police

Chandigarh: The Punjab and Haryana High Court Friday directed the Punjab police to give at least a week’s notice to United AKal Dal (UAD) president Bhai Mohkam Singh before arresting him.

During the resumed hearing of a petition filed by Bhai Mohkam Singh, Justice MMS Bedi ordered that the state police to give him at least 15 day’s prior notice in case they want to arrest him in any case registered before February 26 and at least seven day’s notice in any case to be registered after February 26. 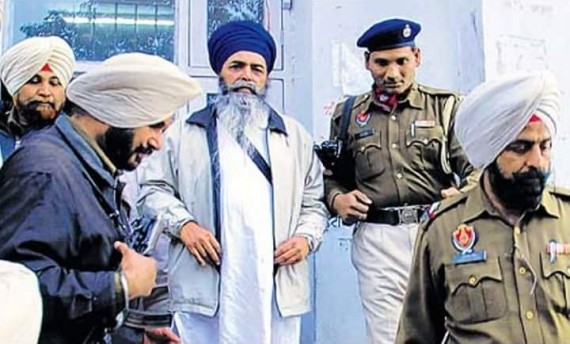 The petitioner had approached the high court alleging that he was being harassed by the Punjab police as they kept arresting him on the pretext of one case or another.

Justice MMS Bedi’s bench had earlier grated bail to Bhai Mohkam Singh in a case registered by the Punjab police at Chhatiwind police station in relation to November 10 Sarbat Khalsa.