New Delhi: The Uttar Pradesh government must urgently bring to justice those responsible for recent caste-based violence and attacks against Dalits in Saharanpur district, in which two men have been killed and several injured. 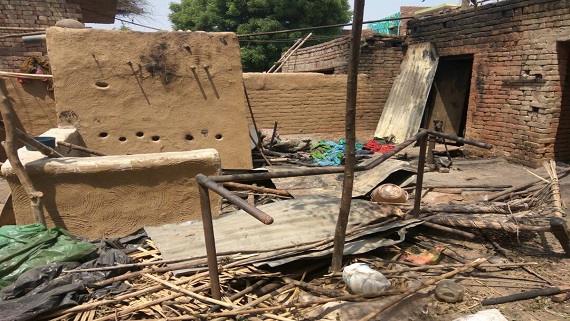 On 23 May, a Dalit man was shot dead and two others injured in an attack – allegedly by dominant caste Thakur men – on a group of Dalits returning from a political rally. On 5 May, a Dalit man was killed, at least 14 seriously injured, and at least 50 Dalit homes partially or completely burnt in Shabbirpur village by dominant caste Thakur men, following a clash between members of the two communities over a dispute about a procession. A Thakur man also died due to asphyxiation; the circumstances of his death remain unclear. Many Dalit families are reported to have fled their homes fearing more attacks. 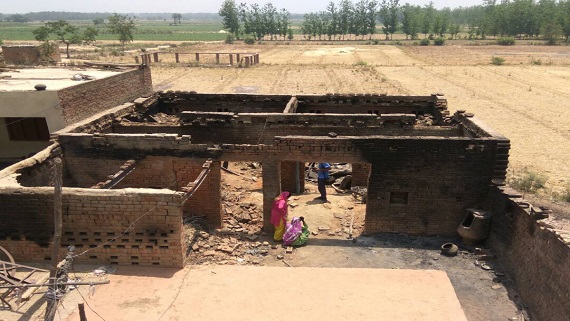 A view of Vandalised Dalit House.

On 9 May, members of the Dalit community clashed with the state police during a protest demanding compensation for those affected by the 5 May violence. Other clashes between Dalit and Thakur groups have also been reported. On 24 May, a Thakur man was shot at in Saharanpur.

“The Uttar Pradesh government must make every effort to bring the perpetrators of these attacks to justice. All suspected hate crimes against Dalits must be impartially and thoroughly investigated,” said Asmita Basu, Programmes Director, Amnesty International India. “Impunity for these attacks is likely to spur more violence.”

The state government has arrested 24 Thakur men in relation to the attack on 23 May, and 17 people, including nine Dalits, over the 5 May violence. Senior district administration officials have been suspended. The government has announced that it will provide 20,000 rupees as compensation to those affected by the 5 May violence, and 1,500,000 rupees as compensation to the family of the man killed on 23 May.

“The Uttar Pradesh state government has failed in the past to provide full and effective reparation, including compensation and rehabilitation, to people affected by caste-based or communal violence,” said Asmita Basu. “This needs to change.”

Caste-based discrimination and violence against Dalits is widespread in Uttar Pradesh, but is believed to be officially under-reported due to fear of reprisal. Over 8,300 crimes against members of Scheduled Castes were reported in the state in 2015.