Melbourne: A Sikh candidate, Alexandra Kaur Bhathal, who is contesting the General Election for Australia’s Greens Party has reportedly been targeted with racist flyers.

Alexandra Kaur, who is contesting from Batman (Melbourne), today wrote on her Facebook page, “Yesterday and today, a flyer has been distributed among my electorate, targeting my background and beliefs. The leaflet contains vicious and racist statements about me and my heritage as a Sikh.”

“I was sickened and disturbed by this, as are members of the Sikh community who’ve seen the flyer, but it only adds to my resolve to keep campaigning and defend multiculturalism. This propaganda, based on misinformation, racism and hatred, will not sway me from my faith as a Sikh, a religion that stands up for the rights of all people,” she added. 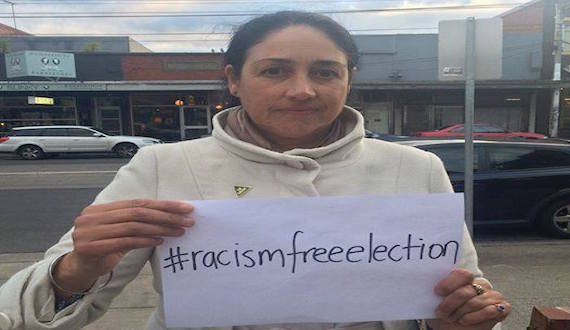 Alexandra Kaur Bhathal, a Green Party candidate for the seat of Batman (Melbourne)

The flyers had a picture of Bhathal speaking at a Sikh gathering in Melbourne marked as the ‘Sikh Genocide Remembrance Day’  last November and it claimed that she “infiltrated the Greens to promote her hidden agenda.”

Bhathal said, “It won’t sway me from my political commitments as a Greens candidate. I have lodged a complaint with the Australian Human Rights Commission. This kind of racism has no place in our politics. We cannot allow hatred to grow unchallenged.”

“To the people who wrote and produced this flyer, I want to tell you that I will not be intimidated,” she added.

“This propaganda, based on misinformation, racism and hatred, will not sway me from my faith as a Sikh, a religion that stands up for the rights of all people — we are a progressive, humanist faith that believes all people are created equal and that we must respect all religions,” she said.