Chandigarh: The Bhartiya Janata Party (BJP) today while campaigning  for Gujarat State Assembly elections 2017 announced  the names of 28 candidates in its third list. It is said that the list consist of prominent names like of sitting MLA and Assembly Speaker Raman Vora and sitting MLA (Akota constituency) and former cabinet Minister Saurabh Patel. 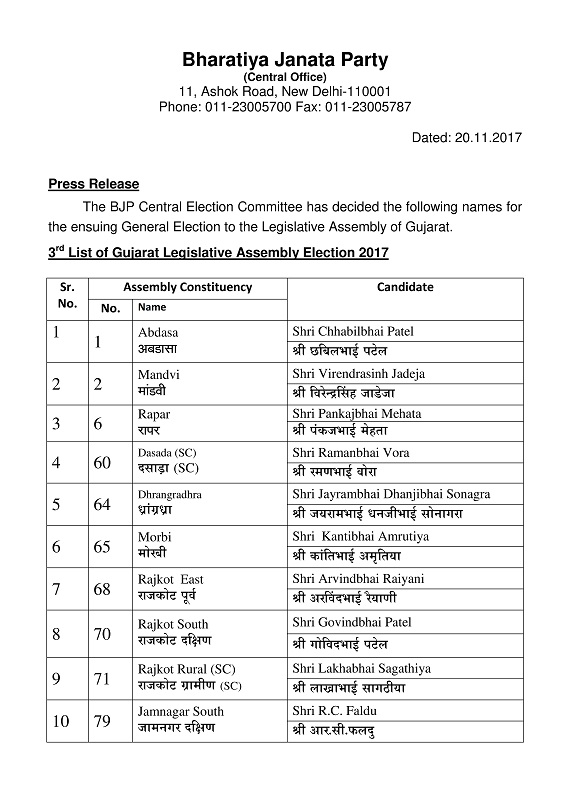 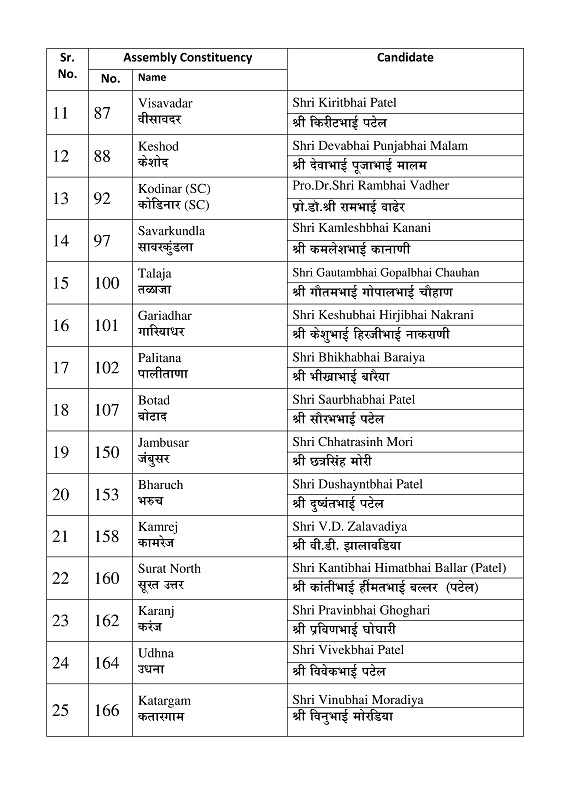 Meanwhile, the Congress on Sunday had released the first list of its 77 candidates for the Gujarat Assembly election with senior leaders from the state Shaktisinh Gohil and Arjun Modhwadia getting tickets for the crucial election, media reports said. 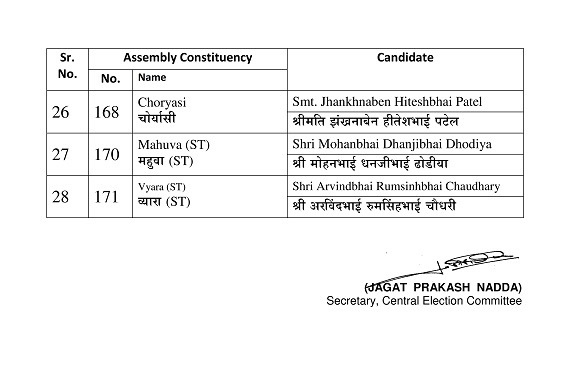