Bhagta Bhaika/ Bathinda: A gun fire that reportedly went off from a Scorpio car in Sikandar Maluka’s ‘kafila’ has turned to be a mystery.

As per a news reported by the Punjabi Tribune (Sikandar Maluka’s name not mentioned in the news): [s]ources said that a 12 bore weapon fire went off from a Scorpio car, which was part of a political ‘kafila’ belonging to the ruling party, at Bhai Behlo Chowk at Bhagta Bhaika.

Another Punjabi vernacular called Rozana Pehredar has reported that when the ‘kaifla’ of Panchayat Minister Sikandar Maluka was to stop, a gun fire suddenly went off from a scorpio car and a person named Baljit Singh, who was also seated in the concerned car, got injured.

Soon after the firing incident took place the car passengers ran away with the car from the spot, notes Punjabi Tribune. 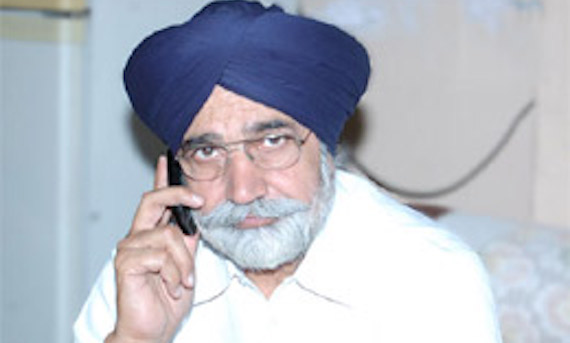 As per information the injured person was first admitted to a private hospital at Bhagta Bhaika, from where he was referred to Adesh Hospital Bathinda.

The police remains tight lipped on this issue. DSP Gurdeep Singh Romana said that the police did not receive any ‘complaint’ about the firing incident.

According to Rozana Pehredar minister Sikandar Maluka said that he was not aware of any such incident.

As per information the Sikh sangat and the farmers showed black flags to Punjab minister during his visit to Bhodiwala, Ramuwala and Hakam Singh Wala in Bhagta Bhaika area as a symbol of their protest against the Punjab government.

The police reportedly took various persons into custody in wake of such protests.

Some reports note that the police had cut electricity power lines leading to Gurdwara Sahibs of these villages so that people could not make announcements from Gurdwara loud speakers against the Punjab minister.

As per Rozana Pehredar the police has booked five persons for their alleged attempt to block the road with a tractor-trolly so as to interrupt visit of Sikandar Maluka in the area.