New Delhi: As per the reports emanating from New Delhi, gunshots were fired last night near Jamia Millia Islamia University where a protest against contentious Citizenship Amendment Act is ongoing for the past several weeks. Media reports say that two motorcycle borne people arrived near the protest site, fired two shots and sped away. 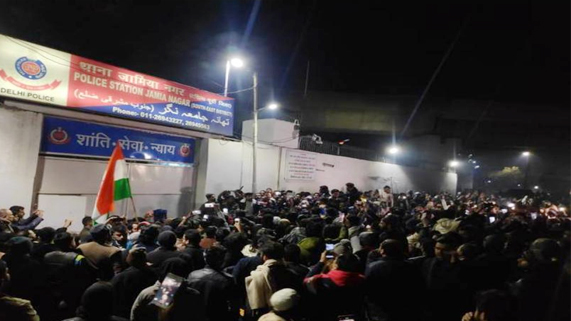