Dinanagar, Gurdaspur: The administration has directed closure of all schools and colleges in Gurdaspur today in wake of attack by armed gunmen in Dinanagar. Heavily armed attackers who reportedly opened fire on a bus and police station in Dinanagar have reportedly killed at least 3 persons. Several others, including policemen, are injured in this attack.

The closure of all schools and colleges in Gurdaspur is ordered as a preventive measure. Security across the district and adjoining areas is also beefed up. 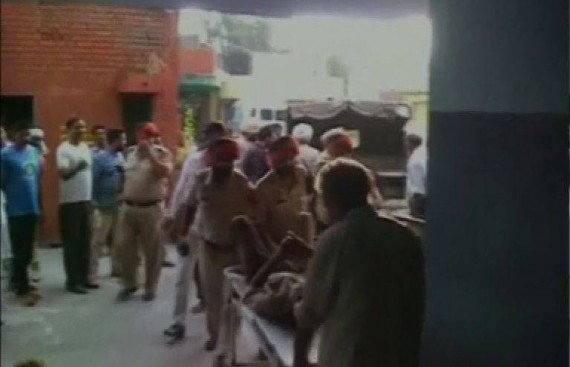 Meanwhile, 5 suspicious objects, believed to be bombs, have been found at the Pathankot-Dinanagar railway track. Police is investigating the explosive material and whether there is a link between the material and the Dinanagar attack.

In a tweet India’s Home Minister Rajnath Singh said that he has spoken to Punjab Chief Minister Parkash Singh Badal who apprised him of the developing situation in Gurudaspur.

Soon after the Rajnath posted another tweet saying, “the MHA is monitoring the situation in Gurudaspur and Punjab. I am confident that the situation will be soon brought in control.”