As per reports some armed attackers dressed up in Army uniforms opened fire on a passenger bus and a police station in Gurdaspur. The death toll has reportedly risen to five. 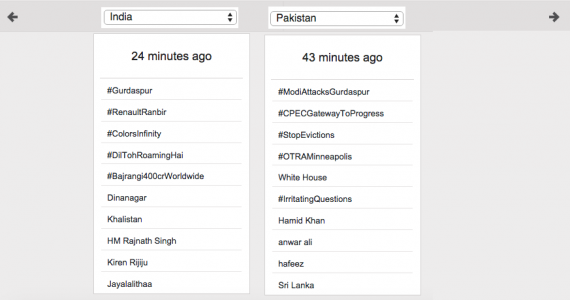 An analysis of twitter trends reveals that hashtag #Gurdaspur started trending on twitter in India at after 8 am when the news reports about Dinanagar strike spread across news channels and websites.

On the other hand hashtag #ModiAttacksGurdaspur started trending on twitter in Pakistan at round 11 am.

As the encounter was still on at Dinanagar where the army has been called to counter the gunmen who have reported taken family members of police personnel as hostages.