The Sikh Network has conducted a survey of over 1,500 Sikhs after the government published its’ COVID-19 recovery strategy last Monday on how the government has handled the COVID-19 crisis from a Sikh community perspective.

The results of the survey attached indicate many are very critical of the government handling of the COVID-19 crisis to date. There are statistics and comments on:

· the availability of personal protective equipment (PPE) for key workers

· the high proportion of Sikh deaths from Covid-19

· the treatment of tens of thousands British Sikhs stranded in Punjab, India

Sikh community organisations linked to Gurdwaras and leading Gurdwaras are very unhappy the government is taking advantage of the community i.e. providing 1 million free meals but ignoring our genuine concerns.

Leading Sikh organisations and those running Gurdwaras do not take the new Places of Worship taskforce seriously. As far as Sikhs are concerned it lacks all credibility.

The Sikh Council (UK) has been developing guidance and best practice working with Gurdwaras from across the UK. This guidance was sent by the Sikh Council UK to the Communities Secretary, Robert Jenrick on 11 May.

The government by its actions in the last 7 days has clearly only wanted to engage with those keen for places of worship to remain closed while encouraging people back to work and businesses to open.

The Gurdwaras and Sikh organisations have taken a very robust line, given Government an ultimatum to meet, understand and discuss within 5 days and have begun preparations to safely open Gurdwaras to the public.

Bhai Amrik Singh, the Chair of the Sikh Federation (UK) said: “We have just finished a Zoom call with dozens of Gurdwaras from across the UK hosted by Sri Guru Singh Sabha, Southall and not a single Gurdwara supported the Sikh appointment to the Places of Worship Taskforce and its direction of travel with regards to Gurdwaras.” 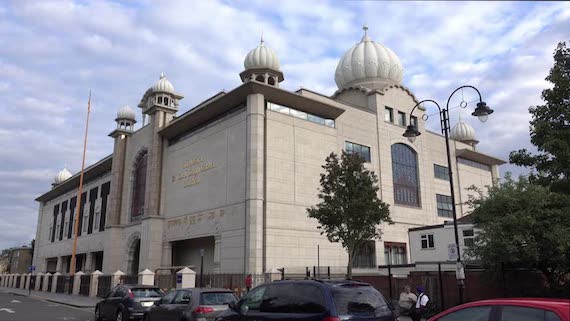 On 11 May 2020, the government announced that places of worship would reopen in the third and final phase of the government’s “COVID-19 recovery strategy”, with 4 July earmarked as the earliest date this could happen.

Places of worship have shockingly been put into the same category as pubs, restaurants and cafes, hairdressers, libraries, museums and cinemas. This is totally unacceptable and shows a complete disrespect to places of worship and those that regularly use them.

In an attempt to silence those from faith communities the government announced the setting up of a Places of Worship Taskforce and to look into whether individual prayer might be permitted before places of worship fully reopen.

The 8-week lockdown period should have been used by government to work with Gurdwaras and other places of worship to prepare them to safely open with social distancing.

Instead Ministers have met individuals from the Sikh community that have little or no direct contact with Gurdwaras. Not surprisingly most of them have advised Gurdwaras should remain closed.

On Friday the government set up a new Places of Worship Taskforce and lost all credibility by appointing a so-called Sikh faith leader who has never been involved in running a Gurdwara, is not a practising Sikh, is from a controversial organisation that is often critical of Gurdwaras and that has been forced to apologise for inappropriate and offensive remarks about the Sikh way of life on multiple occasions.

Gurdwaras have developed guidelines to open safely with limited numbers of the public, while adhering to social distancing that were sent to Ministers a week ago. The undersigned Gurdwaras and Sikh organisations reject the Places of Worship Taskforce and are giving a public ultimatum to government to properly engage with Gurdwaras and their representatives in the next 5 days. Gurdwaras are already open to volunteers and their numbers will be increased from today to prepare for safe opening as soon as possible.