Handwara (Kashmir) Firing: Forces must refrain from use of excessive force, says Amnesty

SECURITY FORCES SHOULD REFRAIN FROM EXCESSIVE USE OF FORCE AGAINST CIVILIANS

Srinagar/ New Delhi: Authorities must conduct a full and independent criminal investigation into the killing of three protesters in firing by Indian Army personnel in Handwara, Jammu and Kashmir. Those responsible must be prosecuted in a civilian court of law.

An incident of alleged sexual assault against a teenage girl by a soldier, which is believed to have led to the protests, must also be promptly investigated.

“This is not the first time that security forces have opened fire on protesters. Reports that the Army used excessive force must be investigated,” said Zahoor Wani, Campaigner, Amnesty International India. 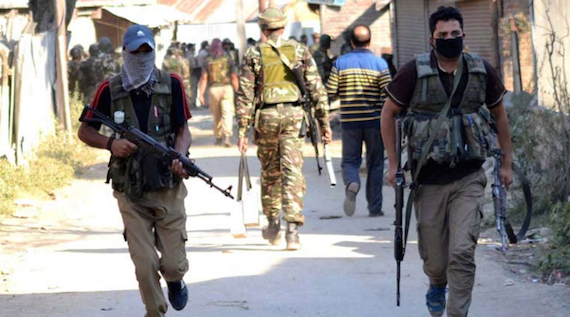 “Firearms should be used intentionally only when strictly unavoidable in order to protect life, and law enforcement officials should distinguish between persons engaging in violence and peaceful demonstrators.”

On 12 April, police clashed with protesters in Handwara in Kupwara district, following reports that an Army soldier had tried to assault a schoolgirl in a washroom near an army bunker. The police fired tear gas shells at the protesters, some of whom were pelting stones and trying to set fire to the army bunker. Army personnel then opened fire on the protesters. One man died immediately. Another man and a woman died from their injuries later. Two other people who were shot at are still in hospital.

“There were hundreds of protesters. They were demanding the arrest of the army man,” said Zulkarnain Banday, an eyewitness.

The J&K police have registered a criminal case. The Army has ordered an inquiry into the firing. It stated that it had found video evidence that the schoolgirl had not been assaulted, and said in an official statement, “The Army regrets the loss of life. The matter is being investigated. Anybody found guilty shall be dealt with severely as per law.”

At least one other person has been killed in clashes that have subsequently broken out between the police and protesters across the state.

“Many previous investigations into reports of human rights abuses have led to little action,” said Zahoor Wani. “The state government must ensure that anyone found responsible of using excessive force is brought to book in a civilian court.”

Jammu and Kashmir is one of the most militarized regions in the world. The abusive Armed Forces (Special Powers) Act prevents security force personnel from being prosecuted in civilian courts without official permission from the central government. This permission is virtually never granted.