Amritsar, Punjab: The Shiromani Gurdwara Parbandhak Committee (SGPC) has appointed Harcharan Singh, former Deputy Chairman of Punjab and Sind Bank, as its first chief secretary for three years. The decision in this regard was announced by SGPC chief Avtar Singh Makkar after holding a meeting with Executive Committee members at Anandpur Sahib. The announcement was considered to be a mere formality as it Harcharan Singh’s name was set to be cleared for the post and many believe that the special post was created just to accommodate him as per directions of the ruling Badal family of Punjab.

At yesterday’s meeting, SGPC executive member Karnail Singh Panjoli opposed the move but later gave consent to the appointment after which the proposal was approved unanimously. 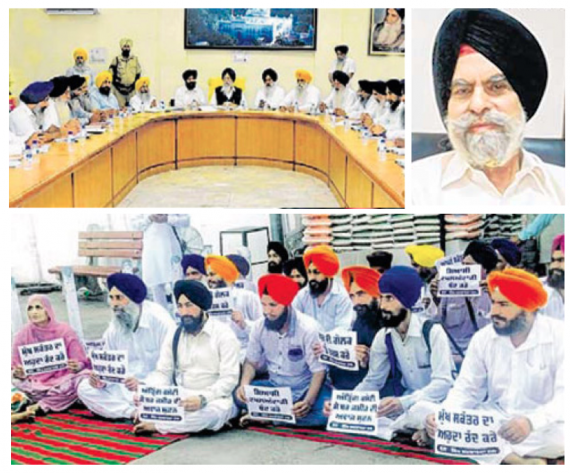 Activists of the Sikh Sadbhavan Dal, who have been opposing the decision since beginning, staged a dharna near the Takht Sri Kesgarh Sahib.

“The SGPC chief secretary’s appointment has been mired in controversy since June when an advertisement inviting applications for the post was published in the media. Though the SGPC conducted interviews on August 20, a section of the media, immediately after the release of the advertisement, claimed that Harcharan Singh was the most probable candidate” notes a report by The Tribune (Aug. 26).

“The chief secretary will be entitled to a salary of Rs3 lakh per month besides accommodation and conveyance. He will have substantial financial and administrative powers to run the SGPC affairs,” he added.