Patiala: As per the media reports the court of Additional District and Sessions Judge Ravdeep Singh Hundal here on Thursday (May 4) acquitted Harminder Singh Mintoo,  in the Nabha LPG bottling plant case. Bombs were seized from the plant in January 2010.

The Punjab police had, in 2014 arrested Harminder Singh Mintoo in this regard from Delhi international airport. 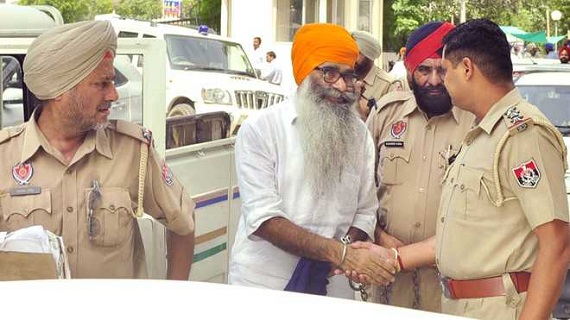 In its story the state police had claimed that Harminder Singh Mintoo was the facilitator and provided logistic support to the four accused, already acquitted three years ago, after unexploded improvised explosive devices (IEDs) were seized outside the Indian Oil’s LPG bottling plant in Nabha on January 18, 2010, said the media source.

While interacting with the media his counsel Barjinder Singh Sodhi said, “The police could not produce even one witness, who could prove my client’s link with the conspirators. Even the Army official, who was called to defuse the bomb, finds no mention in the police challan. The police could not prove that the seized objects were bombs. The only report presented by the police is by an Inspector, who certifies that the recovered objects were bombs.”

Subsequently, the other four accused in this case Jasbir Singh, Harjant Singh, Pargat Singh and Bakhshish Singh — were acquitted on March 3, 2014, while the police still accused Mintoo of being the facilitator,” he added said.