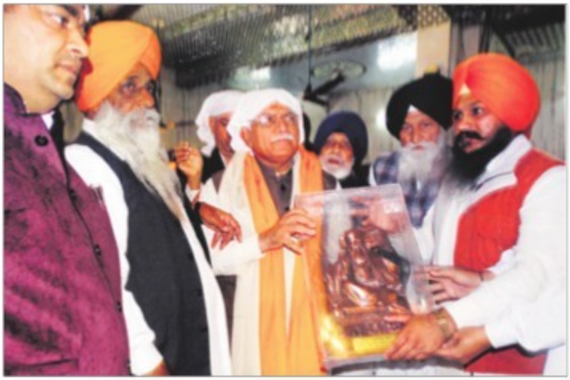 It is notable that Gurdwara Manji Sahib is managed by the Shiromani Gurdwara Prabhandak Committee (SGPC). Gurdwara Manager told Sikh Siyasat News (SSN) over phone that the state CM was bestowed upon a “Siropa” by the Gurdwara management and the “idol” was presented by senior “Akali” leaders Sukhdev Singh Gobindgarh, Sant Singh Kandhari and Ajit Singh Sondha. He admitted that such a practice was against the Gurmat and he was apologetic for his failure to stop such an incident in the concerned Gurdwara Sahib.