New Delhi: The Ministry of Home Affairs of India has reportedly gave a submission before the Supreme Court of India that the Haryana Gurdwara law commanding formation of Haryana Sikh Gurdwara Management Committee should be annulled. The MHA said that Haryana Assembly had no powers to pass such a law therefore Haryana Sikh Gurdwara Management Act 2014 should be declared null and void. 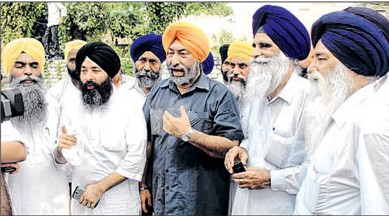 It is notable that Bhopinder Singh Hooda led last Congress government in Haryana had passed a law in the state assembly in July 2014. The Act was challenged by SGPC in the Supreme Court of India by Harbhajan Singh – a member of SGPC from Kurukshetra – seeking the invalidation of the Haryana Sikh Gurdwara (Management) Act 2014, contending that it was ultra vires of the constitution and the state assembly had no power to enact it.

The Ministry of Home Affairs in it’s affidavit filed before the Supreme Court of India (SCI) said that the Shiromani Gurdwara Prabhandak Committee (SGPC) former under the Sikh Gurdwara Act of 1925 was an interstate body and the Haryana state assembly had no powers to enact law to form a separate body for Sikh Gurdwaras in Haryana.