HC Notice to Sukhbir Badal, Orbit and Punjab Govt. on Conflict of Interest in Buses

Chandigarh: The Punjab and Haryana High Court yesterday issued a notice of motion to Punjab Deputy CM Sukhbir Badal, the state government and Orbit Aviation Private Limited on an application moved by Advocate R S Bains and H C Arora alleging a conflict of interest of the Badal family with the public sector transport.

Advocate Bains and Advocate Arora, who were appointed amicus curies in Moga Bus Molestation case by the HC, maintained in their application that after Badal-BJP government came into power in 2007 number of buses owned by Badal family witnessed a sudden rise. 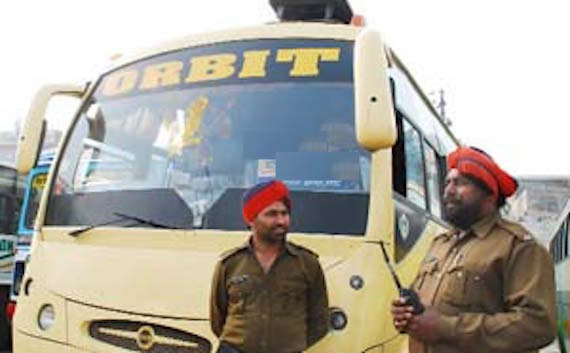 “What is shocking is that the share of Chief Minister’s family increased from 2 percent to 21 percent where is the share of a private company is discouraged from 38 percent to 29 percent”, the court was informed.

The court was also informed that the public sector transport is running under huge losses in the state.

The court has issued a notice of motion to Punjab CM Sukhbir Singh Badal, the state government and Orbit Aviation Private Limited.