London: Following the desecration of Sri Guru Granth Sahib Ji, the Sikh Holy scriptures or the living Guru of the Sikhs, at Bargari village in Faridkot district tens of thousands of peaceful Sikh protesters had pitched their tents in Kotkapura town since Monday.

Protesters also blocked the Moga-Ferozepur national highway at Dagru village, and the Moga-Kotkapura highway at Samalsar and Rode villages demanding the arrest of those responsible for tearing off more than 100 pages of Sri Guru Granth Sahib Ji and scattering them throughout Bargari village.

The protests came amid the uproar over the recent pardon of Gurmeet Ram Rahim Singh and the alleged involvement of his followers in the desecration, although they have emphatically denied any connection.

In shocking scenes this morning the Punjab Police used lethal force against the peaceful Sikh protesters while they were undertaking their morning prayers in Kotkapura. The police initially used batons to attack the peaceful protestors and then resorted to use of water cannons to try and disperse protesters.

Later they opened fire with live ammunition killing a number of unarmed Sikh protesters and injuring dozens of others.  Two of those killed have been identified as Kishan Singh, 45, of Niami Wala village and Gurjit Singh, 20, of Sarawan village.  In appalling and horrific scenes hundreds of Sikhs exercising their democratic right to peacefully assemble and protest were beaten, dragged away and arrested reminding everyone little appears to have changed since 1984 in terms of a disregard for Sikh lives and police brutality.

In a damage limitation exercise the Punjab Chief Minister Parkash Singh Badal later ordered a judicial inquiry by a high court judge to probe the desecration incident and its aftermath, besides giving assurances that exemplary punishment would be awarded to perpetrators of the “dastardly act”. Deputy Chief Minister Sukhbir Singh Badal announced Rs 1-crore reward to any person giving information leading to the arrest of those who committed the act of sacrilege.

Bhai Amrik Singh, the Chair of the Sikh Federation (UK) said:‘We condemn the killing of unarmed peaceful protesters in Punjab today and pray for those critically injured.  Many have been beaten and abused and hundreds of Sikhs have been arrested today for simply demanding action against those who desecrated Sri Guru Granth Sahib Ji, our living Guru.’ 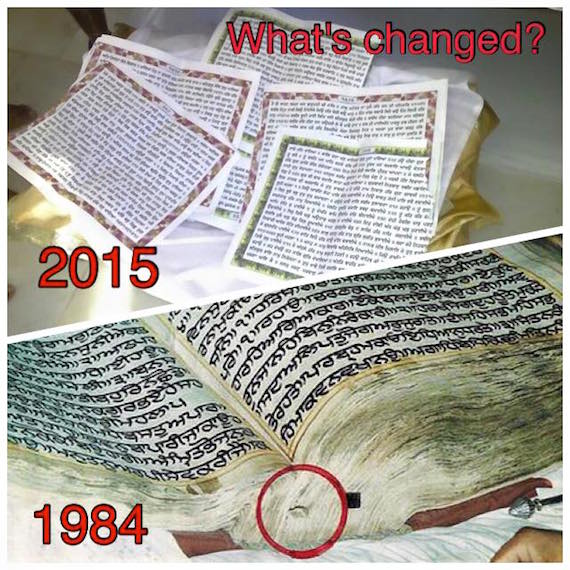 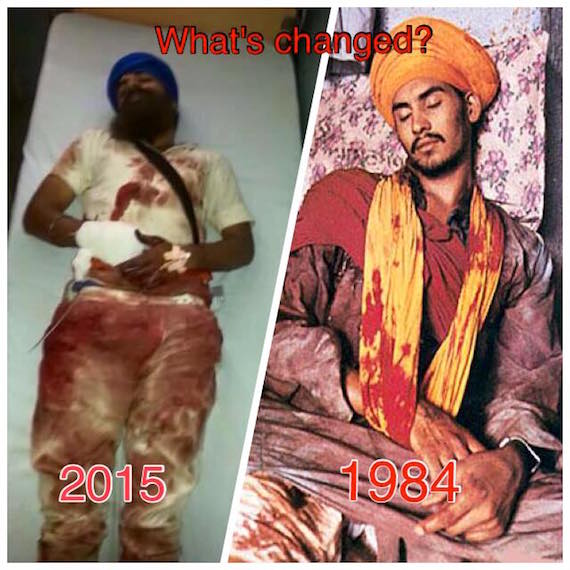 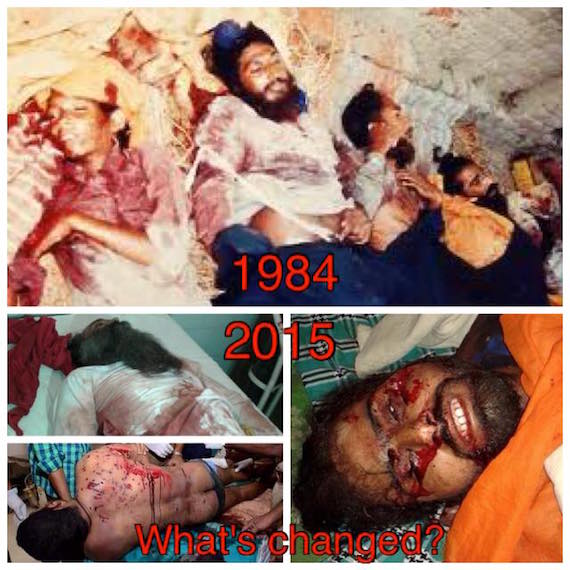 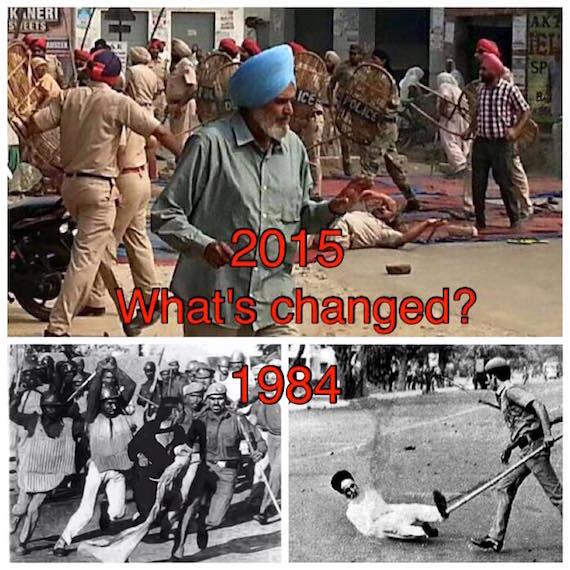 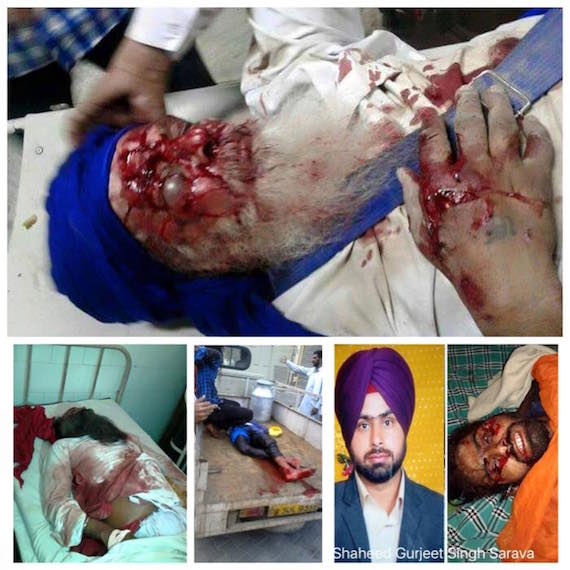 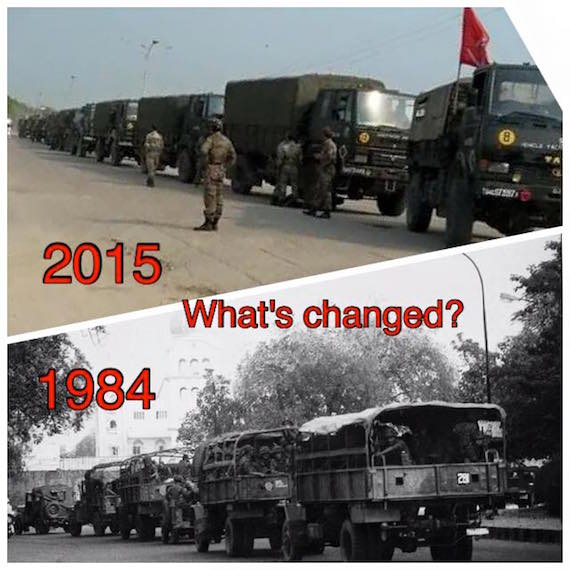 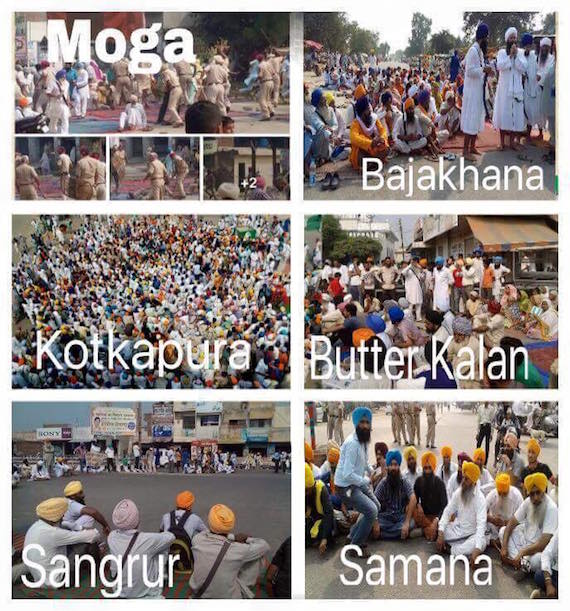