Admins of Bapu Surat Singh’s Facebook page have posted a video which shows senior police and civil officials, including SSP Ravcharan Singh Brar, saying that their senior officers were misinformed by CID (intelligence). 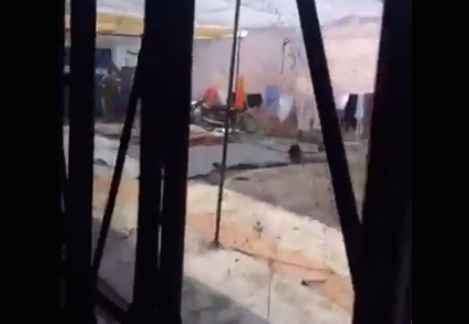 A view of Bapu Surat Singh’s house after police action

“DC and SSP had come to meet Bapu Ji and we were sitting inside Bapu Ji’s room when we hear laud noise from outside. Singhs told us that the police has jumped in to the house form the walls. We locked the door to prevent police from entering inside our rooms” he said.

“Police resorted to heavy lathi-charge and smashed phones and camera of the Sikh sangat”, he said adding that: the police also beat up some media persons who were talking to the Sikh sangat.

He said that the police pushed the arrested persons into two buses and took them away.

LATEST UPDATE ON THIS ISSUE: