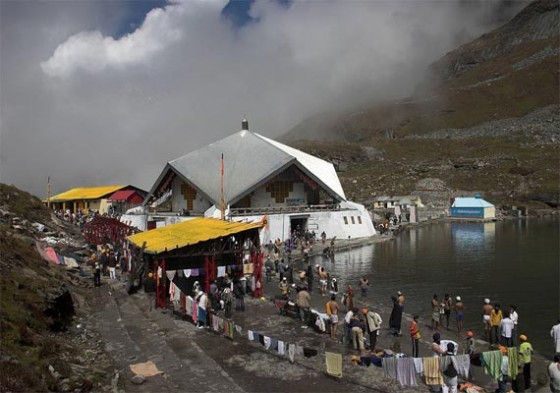 The doors of the shrine have now been closed for the annual six-month winter break during which the area remains snowbound.

The doors of the Himalayan shrine located at a height of 16,000 ft were declared closed by chief Granthi Jassa Singh after an elaborate ceremony during which the last prayers of the season were offered at about 11.30 AM, Gurudwara Prabandhak Committee.

Immediately after the closure of the shrine, Sikh pilgrims who had converged at the shrine over the past few days to witness the ceremony began retreating to Govindghat from where the 22-km trek to the temple begins, they said.