Chandigarh: A bench of Punjab and Haryana High Court today held hearing of suo-moto notice of Moga Orbit bus molestation case. The case was listed before the high court few days back but the bench hearing the matter had rescued itself from the case.

It may be recalled that on April 29 a teenage girl was pushed out of a running bus (belonging to Orbit Aviation) allegedly by the bus staff near Moga. They were reportedly push off the bus after they resisted to molestation bids by some miscreants and the bus conductor. The girl aged 13 years had died on the spot while his mother aged around 35 had received multiple injuries. 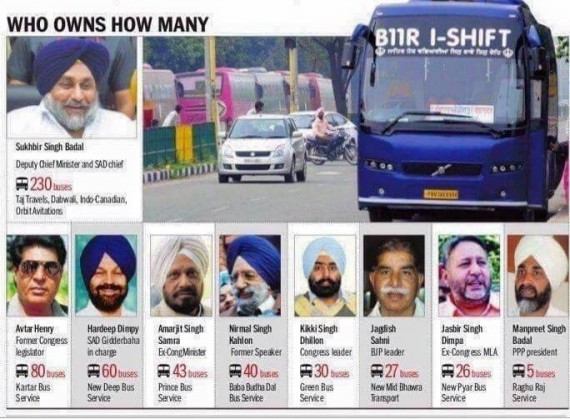 It is pertinent to note here that the Orbit Aviation is owned by Punjab’s ruling Badal family. As per certain reports Badal family owns more than 230 buses run by Orbit Aviation, Dabwali Transport, Taj Travels and Indo Canadian.