AMRITSAR: In an embarrassment for Guru Nanak Dev University, Punjab and Haryana high court has cancelled the MPhil (religious studies) entrance examination conducted in August last year by the university for academic session 2018-19 terming it as unfair and flawed.

The court has ordered to re-conduct the examination. It has also asked the university to keep Amarjit Singh, officiating head of department of Guru Nanak Studies and director of Centre for studies in Sri Guru Granth Sahib, away from the re-conducting of the test as the previous test was conducted under his supervision.

The court has issued the order deciding over the civil writ petition (CWP) lodged to the court, aspirant for the MPhil (religious studies) Avneet Kaur who had alleged that few students were given extra time while attempting the paper.

Kaur had also alleged that the question papers were not uniform and few set of papers were different. She sought cancellation of the test citing “irregularities in the entrance test to give seats to favourite students”.

Gurpuneet Singh Randhawa and Suneetpal Singh Aulakh, legal counsel for the petitioners, have confirmed the order.

As per the court order dated January 9, the university authorities have admitted that there was an error in the question paper regarding the allocation of time. 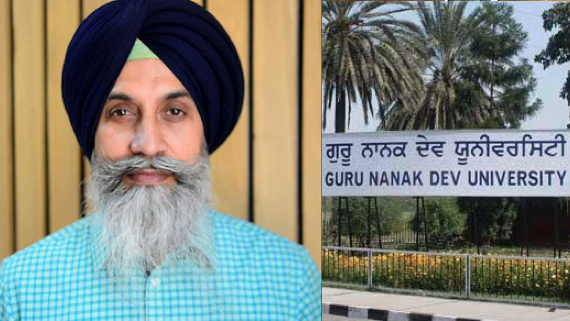 “After hearing learned counsel for the parties, we are of the opinion that there are indeed grave flaws in the examination process. Every examination process to our minds should be fair to the participants and if glaring mistakes as pointed out by the petitioner and accepted by the respondents to be correct are permitted to stand, it gives rise to a perception of the examination being unfair, even if no malice is attributed,” reads the order.

Expressing satisfaction over the court order, the petitioner said, “Unfairness in the examination process proves the incapability of the officiating HOD. Students demand immediate change in headship and an inquiry to be initiated into the appointment of Amarjeet Singh. Affected students expect that to ensure proper procedure and fairness in the re-conducting of this examination, the university should keep away the faculty members who  were involved in previous ‘unfair’  exam”.
“All the faculty members who are responsible for causing irregularities in setting of examination paper should be barred from setting, conducting and evaluating the new entrance exam that has been ordered by the court. As it has  been proven now by the court that the setting of examination paper and engaging in coverup of illegal acts thereafter, it is now the incumbent upon the university to initiate a high level enquiry against the culprit faculty members”, she insisted.
She requested Vice Chancellor to take the strictest action possible against those who have brought bad name to the university and the department.
“We would also like to request the Vice Chancellor to ensure our honour and academic engagements at the university are protected from any personal vendetta against us by the faculty members who were involved in this conspiracy against us. We would like to again underscore that if a more able student comes ahead of us we would respect that but if any student is directly or indirectly helped because of favouritism then we will be again forced to fight against any and every unethical action by the concerned teachers. It is important to note that we as students have come to the university to upgrade our qualifications and gain knowledge and not to fight cases to protect our honour”, she added.