Mohali/ Chandigarh: The Punjab government has rolled out 50 hi-tech vans with LED display and flax hoardings to highlight Badal government’s“achievements” during past nine years rule in Punjab.

The vans were flagged off from the Sector-78 sports stadium in Mohali by information and public relations minister Bikram Majithia. Speaking to media persons on this occasion, Bikram Majitha said the cans would move across the state to create awareness about government’s achievements and welfare schemes. 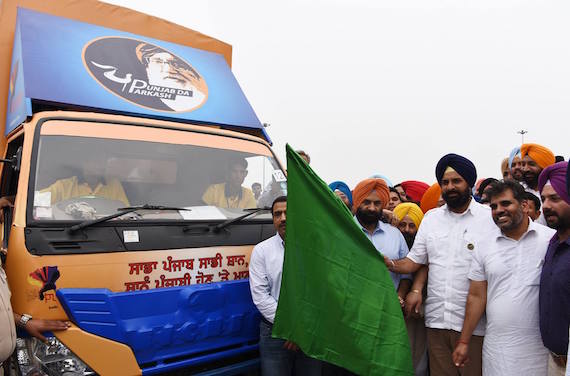 He said a complete capsule had been created and the ‘ Chaar Sahibzaade’ — a Punjabi Cartoon movie would also be screened on LED displays attached to these vans.

Bikram Majithia said the film and the accompanying messages would be shown in villages in the evening.

“We will showcase the development done by the government as well as the socio-economic change we have ushered in through welfare schemes and changes in governance models,” said Bikram Majithia.