Amritsar: Dal Khalsa spokesperson Kanwarpal Singh has responded to Hindustan Times (HT) resident editor Ramesh Vinayak regarding later’s write-up titled: “When the President of Khalistan rustled up a quick meal for me”. 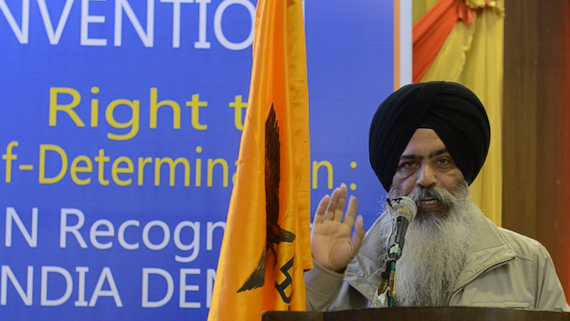 Referring to the issue of Khalistan, Dal Khalsa leader said “higher dreams don’t die” and the “dream for Khalistan is alive”. He accused HT for ‘toeing Indian establishment line’ on this issue.

Copy of the Letter

The entire Indian media went hammer and tongs against Justin Trudeau and his closeness to and love for the Sikhs. The HT article by its resident editor Ramesh Vinayak titled ‘When the President of Khalistan rustled up a quick meal for me’ is among the series of such stereotyped propaganda. The write up was out of context but with the sole objective to push his case with the Indian establishment that the editor was as ‘patriotic and nationalist’ as the likes of Shekhar Gupta and Barkha Dutt. Senior Indian scribes launched crusade to overawe Trudeau and the Sikhs. Many Indian scribes had a field day writing left, right and centre against Trudeau and his cabinet colleagues and the Sikhs.

Coming to the point, HT editor has cited the return of Dr Jagjit Singh Chauhan as a proof for the death of Khalistan dream. Dr Chauhan was a political strategist & articulator but not a leader or commander. Khalistani fighters and activists never revered him as their leader or guiding force. Moreover, the writer has cited his return to Punjab to arrive at this imaginary conclusion while ignoring hundreds of those activists and freedom fighters who are determined to stay on foreign shores to continue their mission. Had Dr Chauhan being the guiding force of the struggle for Khalistan, the movement would have kick-started in 1971 when he raised it at international forums and not after the bloodshed in April 1978 at Amritsar.

To be fair to Dr Chauhan, he never abandoned the goal for Khalistan even on his return. He died as Khalistani in his homeland.

Editor’s argument is farcical with the sole objective to toe the Indian establishment line. “If the dream is dead, then why there are so many hue and cries on Khalistan issue”. Such higher dreams of struggling people are never at the mercy of any one person notwithstanding his or her stature and position. This dream won’t die till a single Sikh is alive who has courage and conviction to keep the flag high. And the editor knows there are hundreds of such Sikhs who could prefer to die than to get subsumed in the Indian mainstream. Sikh yearning for their own state is not new, its rooted in their history and religious ideology.