Chennai: After five long decades since the Dravida Munnetra Kazhagam (DMK)  dropped its demand for the Dravida Nadu, an independent nation comprising of four southern states, the hashtag #DravidaNadu was trending on Twitter with its origin from unlikeliest Kerala, and not Tamil Nadu, thanks to pro-hindutva outfit BJP at the Centre  banning the sale of cattle for the slaughter. 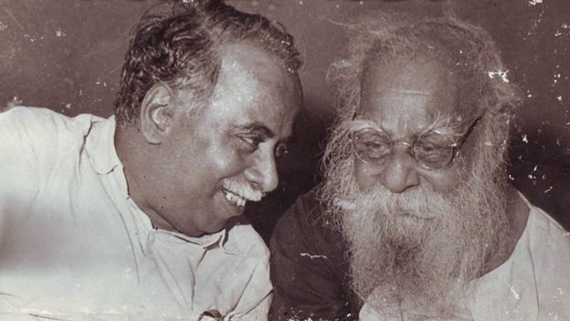 As the ‘DravidaNadu’ hashtag kept trending on Sunday night, it got overwhelming support from Twitterati in Tamil Nadu. Last Saturday (27th May) the union ministry of environment and forest’s issued a notification banning the sale of cattle for the slaughter throughout India has not gone down well in Kerala where beef dishes are popular, reads a quote from report published on the website of an online news magazine.

It is widely believed that the hashtag trend  was in response to the new cattle trade rules that the Union environment and forests ministry notified on May 25. Kerala was the first state to oppose the rules, which ban the sale of cattle in markets for slaughter. Chief Minister Pinayari Vijayan said his government will not implement the rules and warned the Centre against interfering with the dietary practices of Keralites.

A thread for non-Keralites to understand why #Kerala is so different from and antagonistic to the rest of India… pic.twitter.com/HQAkfg6anI

It is not a new idea. One of the first thinkers to propound the concept was the Dravidian movement in Tamil Nadu led by the social reformer EV Ramasamy, popularly known as Periyar.

The Dravida Nadu demand was dropped by DMK in November 1963 following Chinese aggression and amendment made into Indian Constitution making secessionist demand illegal. DMK adopted a resolution to drop the secessionist plank from the party’s by-law and decided to strive for greater autonomy of the Southern States, reports Daily News Analysis (DNA).