New Delhi: As many as 721 academicians, including 51 Vice Chancellors (VCs) from both the central as well as state varsities, reportedly participated in a Workshop oganised by a Rashtriya Swayamsevak Sangh affiliate at the Maharaja Agrasen Institute of Technology and Management.

The event titled ‘Gyan Sangham’ was organized by Prajna Pravah whose main speaker on Sunday was the RSS chief Mohan Bhagwat. 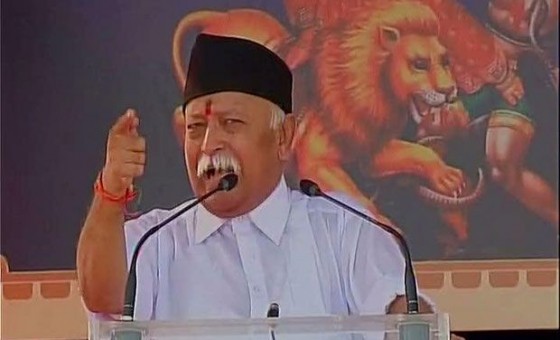 The organisers of the event reported told media that the idea behind the workshop/seminar was to brainstorm over how to make Indian education more oriented towards ‘Bharatiya perspectives‘.

According to the organisers the primary objective of the workshop was to create ‘an academic ecosystem from Bharatiya perspectives’ out of the government’s ambit. 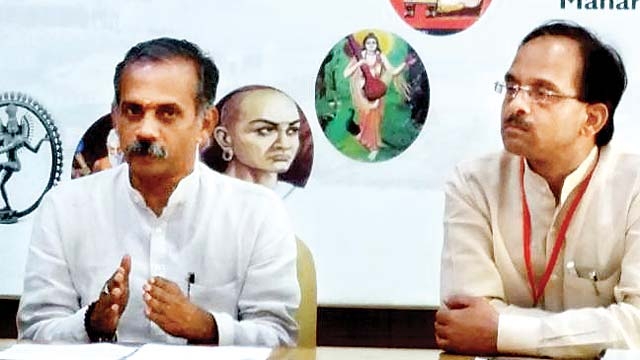 In the audience, among other senior academics of various institutions, was chairperson of the Indian Council of Historical Research chairman Y Sudershan Rao. Apart from Bhagwat senior RSS functionaries Sahkarvayah Krishna Gopal and Suresh Soni were present as well.

Notably, various speakers during this event laid specific stress on argument that the process of making education more “Bhartiya” (read Hindutva) should be taken without any government “interference”.

Speaking to an audience of senior academics, many of who hold senior chairs at several state and central universities of the country, Bhagwat spoke about “non-governmental and autonomous Indic thinking,” and said, “This is not the alternative but the real attempt to develop a Bharatiya perspective.”

Speaking to the press, J Nandakumar, who heads Pranja Pravah, said there have been many education commission reports – right from Dr. S. Radhakrishnan to DS Kothari commission all which had stressed on one major point – absence of “Indian-ness from our education system.”

“[The present] education was marked with the absence of Indian-ness. The centre of gravity of our education system shifted towards the west,” he said. Nandakumar said that the two day event was held to allow the academics to brainstorm on “how to bring the centre of gravity back to Indic thinking given that the main weakness of [this] system is that it is western”.

Divided in three parts and there were parallel sessions where the academicians discussed “content, contemporary trends and challenges in their respective discipline.”

The expert sessions were on different themes – “Cultural Onslaught” was addressed by co-convenor of Swadeshi Jagran Manch S Gurumurthy, and chaired by the Vice Chancellor of Banaras Hindu University Dr GC Tripathi.

The convenor of the program, Delhi University professor of Political Science, Prakash Singh, said that the academic disciplines were leaning towards western education. “To bring the change we have to create literature, change minds of people and society” he said while adding that for this purpose they would reach among the academics first, change their thinking to start with, students will come next.

Notably, saffronisation of education is one of the major tasks towards which Hindutva forces are working actively. The process has seen rise in pace after pro-Hindutva BJP assumed political power in the subcontinent in 2014.