Vadodara:  Amid of ongoing protest and prevaling unrest in the Kashmir valley, the leader of the pro hindutva outfit Vishwa Hindu Pareshid (VHP), Parveen Togadia here on Friday while addressing a rally on the occasion of Parshuram Jayanti a Hindu mythological character, strongly vouched that the central government should resort to ‘carpet bombing’ of the Kashmir Valley. 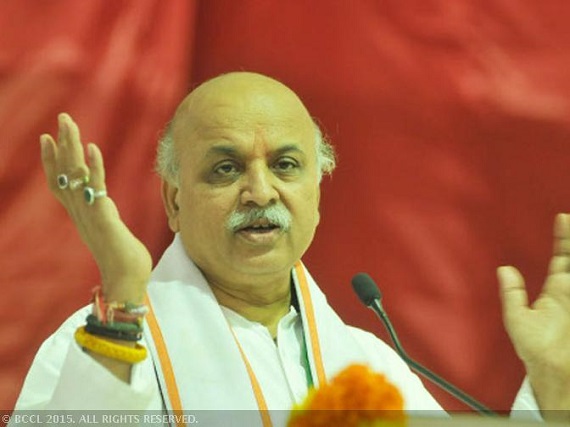 It is believed that this suggestion is being given in order to crush the aspirations of the Kashmiri people for self-determination.

“After attacks on Army camps in Uri and Kupwara, our government should carry out carpet bombing in Kashmir Valley area to stop such attacks. The attacks on army camps and the incidents of stone-pelting should be considered as a war and the government should carpet bomb these areas,” reads a quote from the statement given by Parveen Togadia while addressing the media persons.

He further claimed that the hostility between the civilians and army personnel was on the rise in Kashmir.

“It was time that we should not show any leniency and carpet bomb them, or else the enemy will spread to other states and talk of breaking the country into pieces,” he further added to his statement.

Media sources indicated that he has categorically asked  the central government to review the Rs 80,000 crore special development package for Jammu and Kashmir, announced by Indian  Prime Minister Narendra Modi in 2015.

He maintained that “This money should be used for welfare of farmers in the country as the condition of farmers in several states is very bad. Farmers are holding protests seeking waiving of farm loans. They are committing suicide.”